Google Pixel 3a: Who is it even for? 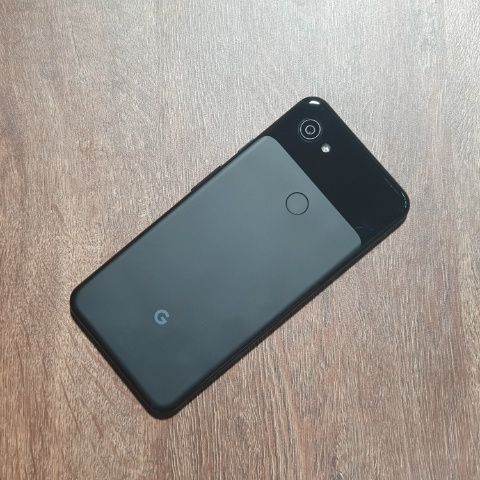 The Pixel 3a XL is part of what Google is calling entry-premium. What does it mean and who is it even for?

The Indian smartphone market is witnessing a price war in which OEMs are trying to squeeze in the best hardware at minimal prices. Lately, the market has witnessed some cutting-edge advancements in smartphone photography and Google’s Pixel lineup of devices have been at the forefront of it.While most other smartphones are choosing the hardware route, with multi-camera stacks and sensors to make photos from a phone better, the Pixel phones have stuck with a single lens for three and a half generations now. Instead, they bank upon Google's volumes of research in artificial intelligence and machine learning to give results on par with them.

Last year, Google launched the Pixel 3 phones that are arguably one of the top camera phones which are available in the market right now. However, a price-sensitive Indian market has always been apprehensive of flagship devices which are now touching the Rs 65,000 price point. Research shows OnePlus is the present leader in the premium segment in India, after recording its highest ever shipments in a single quarter (Q4 2018) leading the premium smartphone segment for three successive quarters  With the Pixel 3a and the Pixel 3a XL, Google is seeking an opportunity to quench the tastes of buyers choosing not to go beyond Rs 50,000, armed with the same camera that it also sells at Rs 71,000 (presently the OG Pixel 3 is available at Rs 56,999 after discount on Flipkart). Google is calling the Pixel 3a and the larger Pixel 3a XL, as the entry-premium smartphones that are aimed at providing a set of select flagship features while overlooking some of them.

The Pixel 3a and 3a XL smartphones are priced at Rs 39,999 and Rs 44,999, respectively. Google is playing on its strong points and is offering the purest Android experience, and the camera module in these handsets is the same as the one it offered in its last year’s flagships. The company says that the Pixel 3a and the Pixel 3a XL will not only offer the same photography capabilities as the premium handsets, but also improve the battery, a pain-point which we also highlighted in our review.

There is an evident question, “Why should one buy this phone?” Below are some of the points that you might want to consider before shelling out a huge sum of money to buy that premium device. We have written this piece mentioning the Pixel 3a, which almost shares same features with the XL variant. Everything we write applies to the XL variant unless mentioned otherwise.

The Pixel 3a bears the same ergonomic design as the Pixel 3: the split rear panel design with camera module on the top left corner and a centrally-placed fingerprint sensor on a polycarbonate back shell. The Pixel 3, however, has a metal and glass back with a special frosting on it. On the front, the larger Pixel 3a XL has no notch, but the phone still carries the old design with thin bezels on the sides, and thick ones on the top and bottom.

The camera in both latest entry-premium phones is the same as offered in the original premium devices. On the back is a 12.2MP IMX 363 sensor with a 28mm wide lens having an aperture of 1.8. The 1/2.55inch sensor has a pixel size of 1.4µm and comes with Optical Image Stabilization (OIS), and Phase Detection AutoFocus (PDAF). A Dual-LED flash accompanies the camera system. On the front is an 8MP sensor with a 28mm wide lens having an aperture of f/1.8. Unfortunately, there is no secondary ultra-wide selfie camera on these affordable devices. If one of your primary reasons to buy a Pixel 3 phone is the camera, you might want to consider one of these new devices that will surely save some bucks for you. Further, you can read our in-depth camera comparison between the Pixel 3 and Pixel 3a here.

To make the device fit into your budget, Google has made a few compromises under the hood. Unlike the flagship phones which offer the Qualcomm Snapdragon 845 processor, the Pixel 3a ships with a Qualcomm Snapdragon 670 mobile platform. The RAM, however, remains the same 4GB in both the devices. As anticipated, we found the competitors performing way better than the Pixel 3a, however, when it comes to the the real world performance, the phone doesn't disappoint. To get a more in-depth knowledge of how this phone fares against the competition, you can read our detailed performance comparison here.

PS: The Pixel 3a has a 3000mAh battery whereas the Pixel 3a XL has a 3700mAh battery. Google promises that the phone will deliver a better run-time as compared to the original Pixel 3 devices. We haven’t tested the battery yet, and we’ll touch upon this topic in our detailed review later.

Why you shouldn’t buy it?

The primary reason would be the performance. It is obvious that the Pixel 3a and the Pixel 3a XL won’t be able to beat the competition. If you give more importance to what’s under the hood, this device is not for you. Further, the latest phones do not have the metal and glass back, and comes with a polycarbonate shell, which means that the phone does not support the wireless charging tech.

Google Pixel 3a and Pixel 3a XL are aimed at those who seek a pure Android experience, good battery life and flagship Pixel-level performance in affordable price range. If you are tight on budget, considering this phone wouldn’t be a bad option. Moreover, a quick Google search tells that the Pixel 3 is available at a starting price of around Rs 57,000, so if you have a scope of increasing the budget to that extent, Google Pixel 3 is ideal device for you.