Xiaomi’s Mi A2 is scheduled to launch at an event in Madrid, Spain on July 24. The Mi A2 will be Xiaomi's second Android One smartphone and reports also speculate that the device will be joined by a toned-down version, the Mi A2 Lite, which is also expected to launch on the same day. Amid these claims, a seller on AliExpress has listed the Mi A2 Lite and is asking $189.99 (Rs 13,000 approx) for the 3GB + 32GB variant and $209.99 (Rs 14,300 approx) for the 4GB + 64GB variant of the phone. Last week, alleged renders of both the phones and their prices were also leaked on a Polish website. The website claimed that there will be only one variant of Mi A2 Lite, that is, 4GB RAM + 64GB model and it will cost PLN 1,049 which converts to $285 (Rs 19,500 approx). 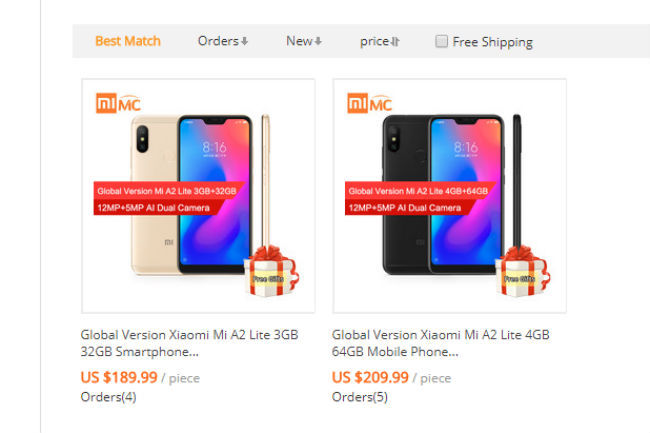 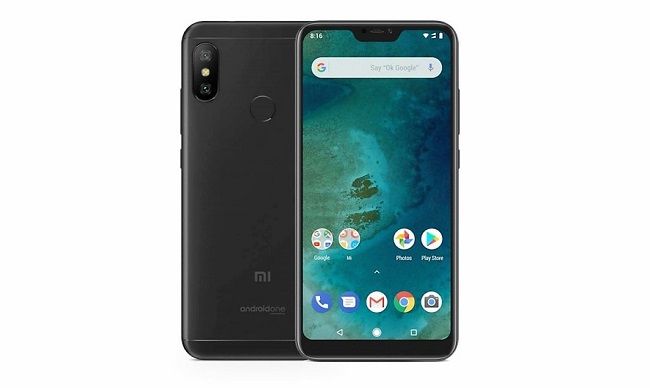 Coming to the specs, the Mi A2 is expected to launch with specs similar to those of the Mi 6X. The major difference will obviously be the OS because the Mi A2 will feature stock Android instead of MIUI. Under the hood, the Mi A2 is likely to house a Qualcomm Snapdragon 660 chipset, with options of choosing between 4GB or 6GB RAM. It is expected to have a 5.99-inch IPS LCD Full HD+ display with 18:9 aspect ratio. In the camera department, the Mi A2 will reportedly have a dual-camera system at the back with 20MP and 12MP sensors. The front shooter is expected to have a 20MP sensor. The device may house a 3,010 mAh battery with support for Qualcomm Quick Charge 3.0.

Rumoured Mi A2 Lite specs suggest that the phone will be powered by the Qualcomm Snapdragon 625 SoC, and have two variants: 3GB + 32GB and 4GB + 64GB. The display could measure 5.84-inch diagonally and sport a notch. The dual-camera setup at the back is likely to have 12MP and 5MP sensors, and the phone could have a 5MP shooter in the front. While the Mi A2 Lite’s camera may not be as powerful as the Mi A2, the former will have a larger 4,000 mAh battery. Since both the phones will launch as Android One devices, they will get monthly security updates and a minimum of two major OS updates.