The rumoured LG Wing has surfaced in a live video showing the dual-display smartphone in action. 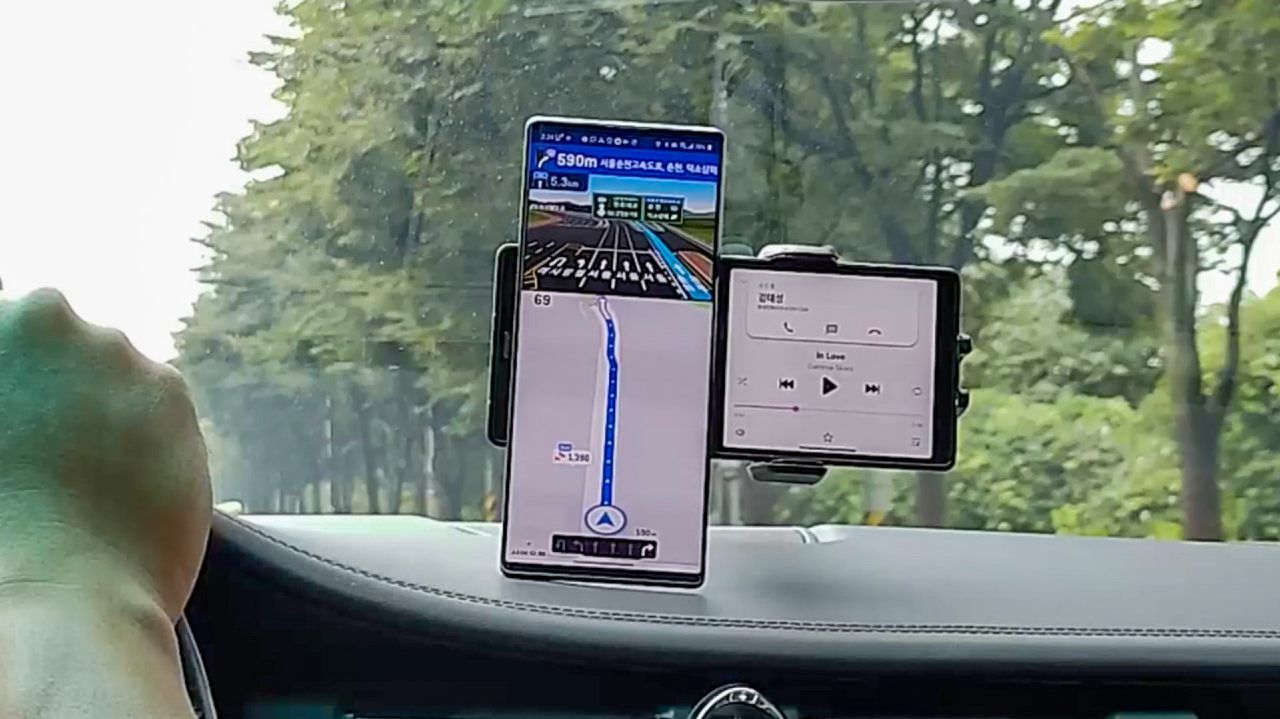 There have been ongoing rumours about a certain dual-display LG ‘Wing’ smartphone that allegedly relies on a swivelling second display. And thanks to folks over at Android Authority, the smartphone has made a live appearance showing its superpowers. You can watch the video below —

The publication claims this is a near-final build and shows the LG Wing’s dual displays can be used in portrait orientation, or in a T-shape where one screen is in portrait, and another in landscape orientation. In the video, the LG Wing is being used for full-screen navigation on the main screen with music playback controls in the second screen. An incoming call also comes to the second screen without interrupting the contents on the primary display.

Interestingly, the second display is much smaller in size due to engineering constraints and it flips out from the bottom of the primary display, sitting perpendicular to it. As a result, what you see is a traditional 20:9 display with a secondary 1:1 display on the side. This is information claimed by the publication, but not shown in the video.

The LG Wing is rumoured to come with a 6.8-inch primary display and a 4-inch secondary display, and could be powered by the Snapdragon 765 or the 765G. And the new design raises new use cases, but it remains to be how useful LG makes it. There are possibilities of shifting notifications entirely to the second screen, or use it as a gamepad, or as shown in the video, become a nice mounted unit for the car. Either way, it is clearly one of the most exciting smartphone designs we have seen in action this year. LG has been pursuing dual-display smartphone designs for the past few years, even as its domestic rival is still bullish on foldable displays. Using a hinge setup, LG brought a dual-screen smartphone in the form of the LG G8X in India, while the LG V50 (first impressions) had come out before that. So it's clear where the inspiration is coming from, and with the LG Wing, the company isn't shying away from experimenting with new form factors, something we direly need for the smartphone market.