OnLeaks and Howtoisolve have partnered up to bring us detailed renders of the Google Pixel Fold, a device that’s been rumoured to be in the works for a while now. With its launch, Google will join Samsung and Oppo in being one of the few manufacturers who are developing premium folding smartphones (Apple is rumoured to be working on a foldable display too, but that won’t be out before 2026-2027). Here’s what we know so far. 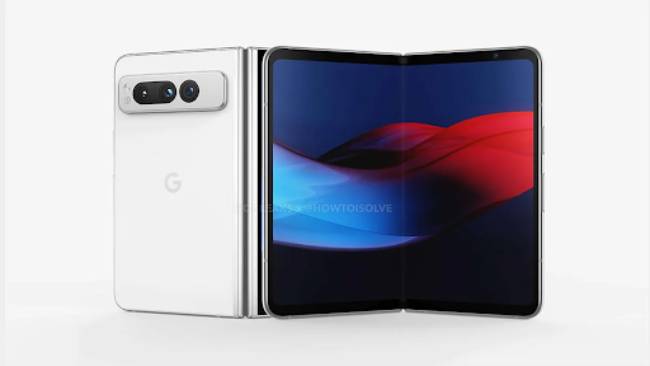 The Google Pixel Fold had recently run Geekbench under the name ‘Felix’. The Geekbench results, coupled with the detailed renders that have been leaked, offer a fair elaborate look into what we can expect from the upcoming smartphone.

The Googe Pixel Fold will offer a 7.69-inch display when the device is unfolded, and a smaller 5.79-inch display when folding. It is believed that it will function the way the Samsung Galaxy Z Fold 4 does and will have a cover display. The smartphone reportedly measures 158.7 x 139.7 x 5.7-mm, and based on it, it seems like it will be bigger than the Samsung smartphone.

As far as the camera goes, the Google Pixel Fold has the same camera bump we’ve been seeing on Pixel devices. It appears that the smartphone will have a triple camera setup along with an LED flash. There will be a front camera on the display too. It is also believed that the Google Pixel Fold will run on Google’s Tensor G2 chip. 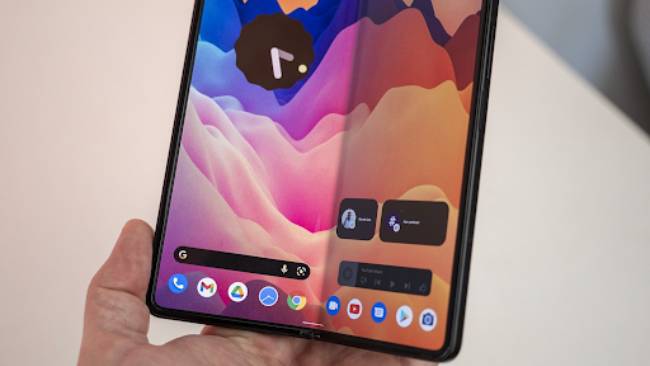 What is the Google Pixel Fold launch date?

The Google Pixel Fold is believed to launch in May 2023, based on the findings published by OnLeaks and Howtoisolve. However, these findings are conceded to be rumours, and the brand may announce the official date once all the product testing work has finished.

Itching to buy a Google Pixel 7? Read our official review of the same.