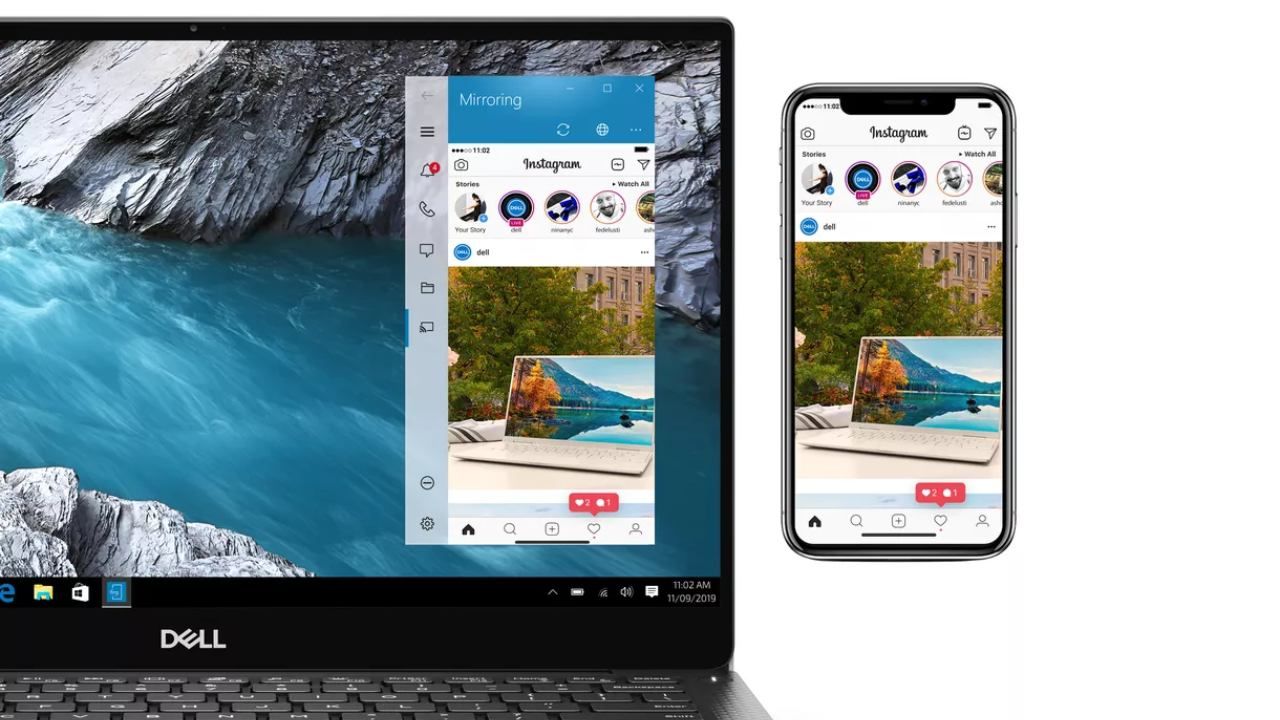 While investing all-out in an Apple ecosystem always reaps the best rewards if you are an iPhone user, Dell is here to change that. The latest Dell PCs can now mirror the screen of an iPhone using Dell’s Mobile Connect app.

The latest update to the iOS app brings support for screen mirroring for iPhones, letting you use the keyboard and mouse to control the device. The app also lets users drag and drop photos and videos to transfer between two devices.

Furthermore, the Dell Mobile Connect App will let you send SMS messages without having to keep the iPhone open in front of you. And all this happens wirelessly.

The app was first announced at this year’s CES and aims to bring iPhone support in line with Android on Windows devices from Dell. Notably, screen mirroring for Android devices have been there for a few years now. Yet, there’s still not much parity between the two platforms.

For instance, file transfer is only limited to photos and videos from iPhones for now, while Android devices support music and document transfer as well. Dell also added that Android users can now send MMS messages using the feature.

Dell isn’t the only PC-maker working on letting you Windows devices to control smartphones. Microsoft’s Your Phone app also works similarly, regardless of the manufacturer of the PC. The Your Phone app lets you route calls from your phone to PC and also lets you mirror the screen apart from letting you sync and transfer files.

Huawei also has a similar service that works with its tablets but that’s again locked down to Huawei devices only.

Apple also unveiled the Handoff feature which lets you resume tasks left on your iPhone from you MacBook, opening up interoperability between iPhones, iPads and Macs.

The Dell Mobile Connect will require a Dell PC from 2018 or later while the iPhone needs to be running on iOS 11 or above. So far, Dell has enabled support on its XPS range, Inspiron, Vostro, Alienware and G series devices. The update will roll out in phases over the week.