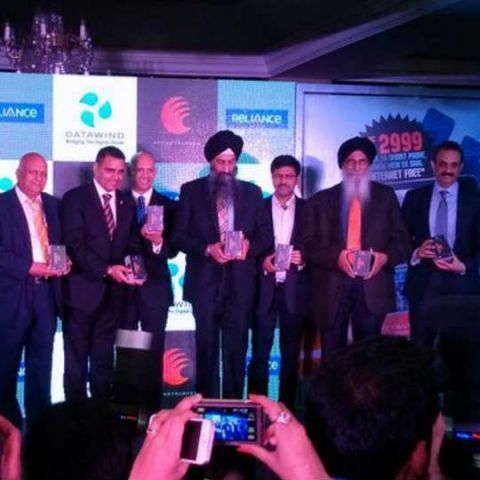 Indian smartphone company, Datawind, is reportedly going to launch a 4G-enabled device priced at about Rs. 3,000, early next year. According to reports, the smartphone will also come with free Internet browsing services for 12 months. The information was given to PTI by Datawind CEO Suneet Singh Tuli. He also clarified that while browsing on the device will be free, consumers will be charged for downloads and watching videos. For this, regular 4G data plans from telecom service providers will need to be purchased. Datawind has been known to produce some of the cheapest devices in the market, although its smartphones and tablets have never really been competitive with other OEMs.

The price tag of Rs. 3,000 would make the Datawind handset the cheapest 4G enabled smartphone available in India. Tuli also said that Datawind is currently discussing partnerships with Telenor and Reliance Communications for free 3G and 2G Internet browsing services. Perhaps, the company will provide such offers on its upcoming devices.

4G services have been picking up in India recently. Market leader Bharti Airtel became the first telco to start 4G services and is already running networks in over 350 towns in India. Chief competitor, Vodafone, on the other hand, just announced its 4G services in Kochi and is expected to start operating 4G networks in Delhi, Mumbai, Bengaluru and other states soon.

As mentioned above, Datawind has been providing some of the most inexpensive smartphones and tablets in the country over the years. The company was responsible for the government’s Aakash tablets, but just like those, none of Datawind’s products have been very competitive compared to what other OEMs provide. While the products are cheaper, that’s more or less the only reason to consider the devices that we have seen so far.

That said, Tuli and his company have been instrumental in bringing inexpensive smartphones and tablets to the Tier III and IV cities in India. The company has also shipped 80,000 tablets and smartphones, reaching its promised targets for the Make In India initiative.