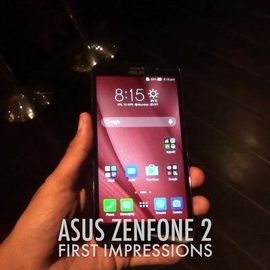 Announcement of new Asus ZenFone 2 comes shortly after the company unveiled a selfie smartphone called the Zenfone Selfie. The Asus selfie phone has 13MP rear and front cameras. Both the cameras come with laser autofocus. Other important features of the phone include Qualcomm Snapdragon 615 SoC, Adreno 405 GPU, 5.5-inch full HD display, 3GB and 4GB RAM, and 16GB, 32GB and 64GB storage. Asus has made quite a few announcements including new laptops, ZenPad tablets and new ZenWatch 2 at the Computex 2015. Check out ASUS unveils several ROG Gaming Products and In Pictures: Asus ZenFone Selfie, ZenPad, Zen AiO