Gaming phones are quickly gaining on the market and ASUS just announced the ROG Phone 2. 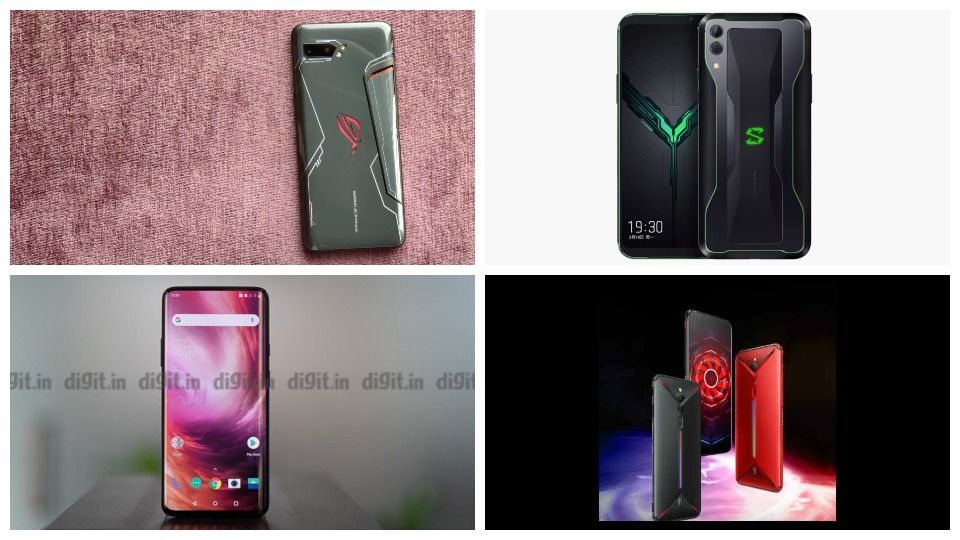 With the smartphone market stagnating in terms of design and features, gaming-centric handsets seem to be the next big thing for phone makers. While there were far and few smartphones that aimed specifically at gamers last year, this year, there seems to be plenty of options to choose from. Asus has also announced the follow-up to its original ROG Phone, the ROG Phone II (first-impressions), which is most likely the most geeked out gaming phone right now but there are other competing handsets like the Black Shark 2, Nubia Red Magic 3, and even the OnePlus 7 Pro, even though it is not touted as a gaming phone. Read on for a spec-based comparison of these handsets:

A higher refresh rate doesn’t guarantee improved visual acuity and it is also of no use if the device’s interface is not tweaked to support it. For example, PUBG Mobile is one of the most demanding games available on a smartphone and it is capped at 60 frames per second. This means that even if your device has a refresh rate higher than 60Hz, it won’t be of any use since the application itself doesn’t support it. Still, a higher refresh rate is nothing to complain about.

The ROG Phone II runs on the new Qualcomm Snapdragon 855+ SoC, which is an overclocked version of the Snapdragon 855. The three other phones run on the standard Qualcomm Snapdragon 855. All the four phones come equipped with up to 12GB RAM and except for the ROG Phone II, which is offered in a 512GB storage version. The other three handsets come with up to 256GB of internal storage. Unsurprisingly, there’s no option of using external storage on any of the four phones.

In terms of the operating system, a smartphone with lesser overload is most likely better. However, OnePlus is known to contest that notion with its OxygenOS UI, which is not as resource heavy as some other UIs. The ROG Phone II runs on the ROG UI, which is based on Android 9 Pie and it also gives an option to switch to stock Android, if required. As for the OnePlus 7 Pro, the smartphone runs on OxygenOS that is based on Android 9 Pie while the Black Shark 2 and the Nubia Red Magic 3 run on completely stock Android 9 Pie OS.

While the processor, display and memory are given the most emphasis in a gaming smartphone, this doesn’t mean that the optics can’t be flagship-grade. The ROG Phone II features a 48MP + 13MP dual rear camera setup and comes with a 24MP sensor on the front. The 48MP main sensor on the device sports an aperture lens of f/1.8 while the 13MP sensor is paired with an ultra-wide lens with f/2.4 aperture. The 24MP front senor has an f/2.2 aperture lens.

Asus has stepped up its game with the ROG Phone II, which runs on a 6000mAh battery. The handset comes equipped with a side-mounted customised USB Type-C port and the regular Type-C port on the bottom supports 30W fast charge. The OnePlus 7 Pro and Black Shark 2 feature 3000mAh battery cells and the former supports 30W fast charge, while the latter can fast-charge at 27W. While the Nubia Red Magic 3 comes equipped with a 5000mAh battery, it lags slightly behind with 18W fast charging.

Asus just announced its new ROG Phone II and is yet to disclose what it could be priced at. However, seeing how it features a high refresh rate display, 6000mAh battery and an overclocked processor, we wouldn’t be surprised if it crosses the 1000$ (Rs 69,000 approx) mark. As for the OnePlus 7 Pro, it is priced starting at Rs 48,999 while the Black Shark 2 starts at Rs 39,999. The most affordable of the lot is the Nubia Red Magic 3, which is priced starting at Rs 35,999.