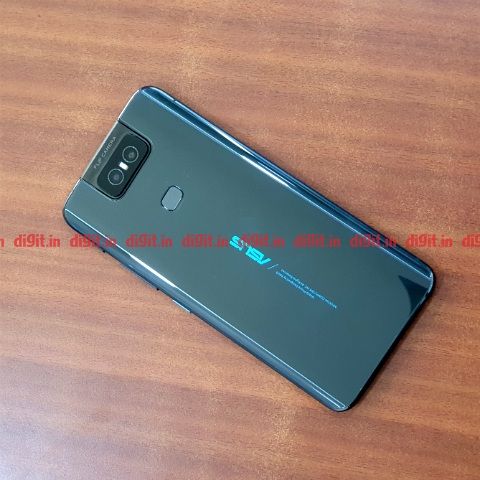 The phone sports a flip camera module that doubles up as the selfie shooter.

Under the hood, the phone has the Snapdragon 855 processor.

The OnePlus 7 Series of smartphones have got yet another competitor to fight for market share in India. After a few hiccups, Asus has finally revealed the Asus 6z in the country with a flip camera module and Snapdragon 855 processor. Apart from going head-to-head with the OnePlus 7 series, the flagship will also compete with the Oppo Reno 10X Zoom and Redmi K20 Pro which is slated to launch in India next month. The Asus 6z was originally launched as the Asus Zenfone 6 (First Impressions) in Valencia, Spain earlier this year, and succeeds the Zenfone 5z. The Asus Zenfone 5z was the runner-up in Digit Zero1 awards last year, and scored nearly the same as the OnePlus 6 in our performance tests.

As mentioned above, the Asus 6z features Qualcomm’s flagship Snapdragon 855 processor. It gives customers an option to choose from 6GB and 8GB (LPDDR4X) RAM variants. The device is being offered in 64GB, 128GB and 256GB (UFS 2.1) storage options. Its competitor OnePlus has already moved on to the faster UFS 3.0 storage technology. The phone is offered in two colours: Twilight Silver and Midnight Black. 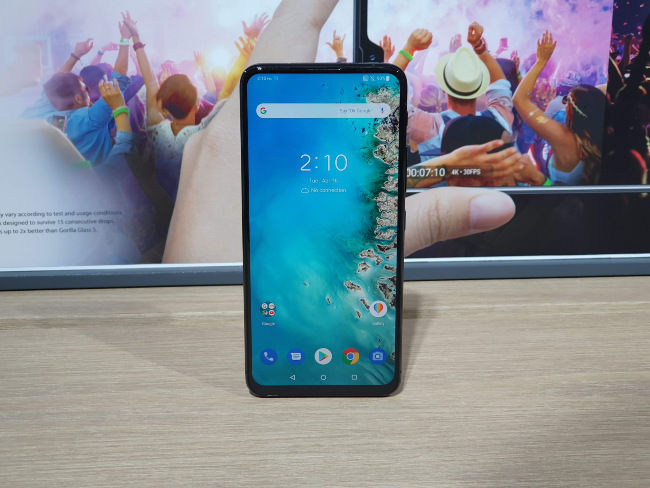 The device sports a 6.4-inch IPS LCD notch-less display and delivers a 92 percent screen-to-body ratio. The display with 60Hz refresh rate has over 600 nits of brightness with 100 percent DCI-P3 colour space coverage. Apart from a near edge-to-edge display, the phone features dual speakers which are paired with two smart amplifiers. The phone runs custom ZenUI 6 interface that is baked on top of Android 9. The fingerprint sensor is located just below the camera module and on the back panel. A 5,000mah battery keeps the lights on and in box is a Quick-Charge 4.0-certified 18W charger. 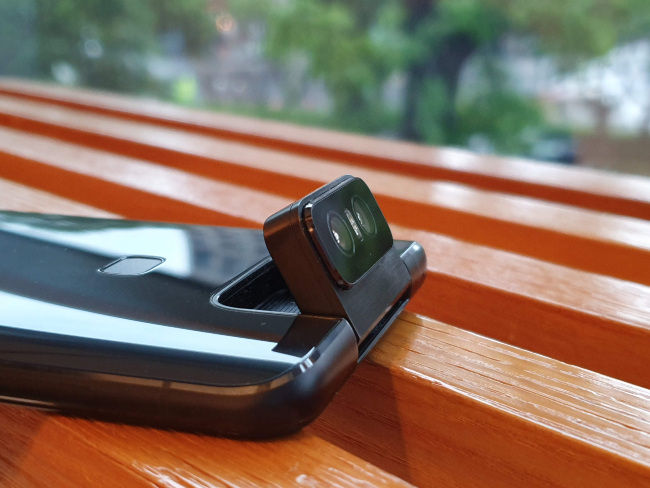 The phone's USP is the flip camera that swivels to double up as a selfie shooter. We saw a similar camera concept on the Samsung Galaxy A80, however, there is a difference between the technologies used in developing the cameras. The Galaxy A80 has a rising mechanism and the camera module rotates to become the selfie shooter. A user cannot control the swivel, however, it is quite the opposite in the case of Asus 6z. In Asus 6z, the whole module, which is made of an amorphous alloy that Asus calls “Liquid Metal”, flips and enables users to control its angle. The camera module houses a 48MP Sony IMX 586 sensor, and it is paired with an f/1.79 aperture lens. There is a secondary 13MP ultra-wide camera with 117-degree field of view. It is assisted by a real-time distortion correction algorithm.