Apple plans to launch its iPhone 6 and its first phablet iPhone 6 Plus next month in time for the festival season. 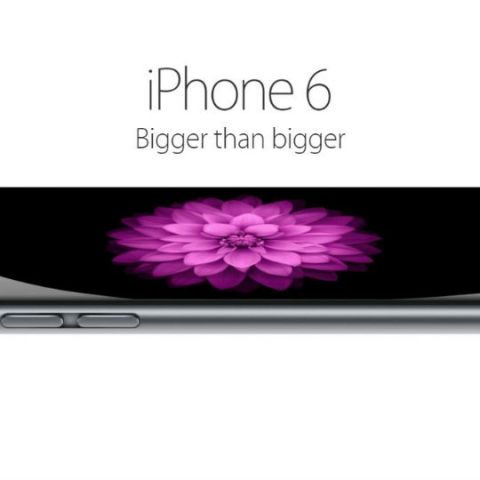 Apple has announced its latest flagship smartphone the iPhone 6, along with its 5.5-inch phablet iPhone 6 Plus. According to Apple's site the iPhones will be launched in India on 17th Oct in the middle of the festive season. Apple plans to make the new smartphones available in 115 countries by the end of this year.

The iPhone 6 and iPhone 6 Plus come with larger screens in an effort to grab a share in the large screen phones market. The iPhone 6 will have a 4.7-inch screen while the iPhone 6-Plus will have a large 5.5 inch screen. Both the devices will run on Apple's latest operating software, iOS 8. Apple also announced its much awaited Apple Watch, which according to reports, will be available next year.

Apple's CEO Tim Cook said the new handsets represented “the biggest advancement in the history of iPhones.” Apple senior vice president Phil Schiller said that the new iPhones were “simply stunning” with polarised glass displays and bodies that are “thinner than ever before.” “These are the best phones ever made,” Schiller said.

The October launch is a change from Apple's previous strategy which saw the new versions of the iPhone made available in November. The company is focusing more on India under Tim Cook. Apple recently stated that although the iPad, saw a decline in sales globally, the sales rose by 45 percent in India during the last quarter.