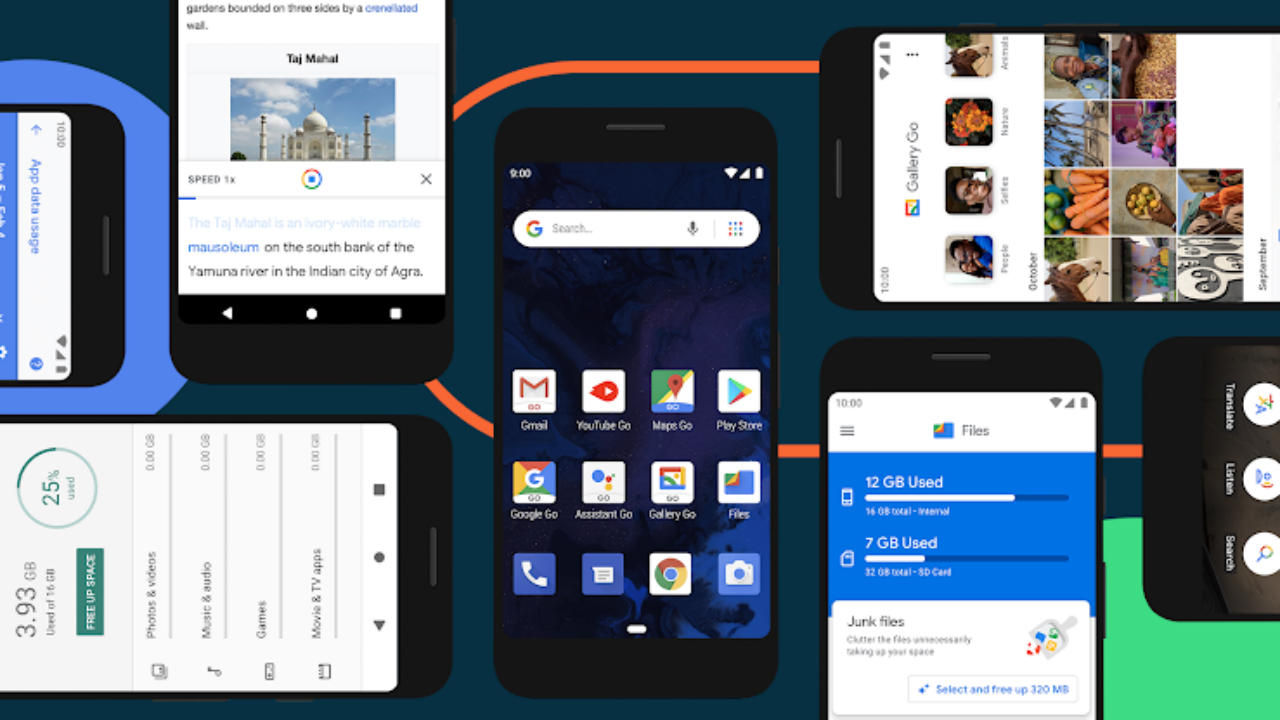 The new OS is aimed at entry-level phones that pack less than 1.5GB RAM.

Google understands the importance of the next billion users and with the aim of delivering a better first time smartphone experience, it introduced the Android Go program in 2018 with Google Oreo (Go edition). The program is aimed at providing a faster, resource sparing operating system for less powerful smartphones. Now, the company has announced Android 10 (Go edition) operating system for smartphones which come equipped with less than 1.5GB RAM. Google says that the new OS focuses on making the Android ecosystem faster and more secure for such devices and is designed with new app experiences in mind.

The new Android Go OS release is said to enable faster app switching in a way that is more memory efficient. Google claims that apps boot 10 percent faster on Android 10 (Go edition), as compared to Android 9 (Go edition), and the overall security is improved as well.  The company is using Adiantum, which, to recall, is the company’s new encryption method that works on less powerful devices without stressing the system. Since Adiantum is created to run without the need of any special hardware, all Go edition users should be able to benefit from it. Google reveals that Android 10 (Go edition) powered devices will be released in the coming months.

Alongside the Android 10 (Go edition) announcement, Google also revealed some numbers concerning the lightweight OS. As per the company, over 1600 Android (Go edition) smartphones by more than 500 manufacturers have hit the market in over 180 countries. The phones running on Android Go edition operating system like Xiaomi Redmi Go, Samsung A2, Tecno Spark 2 and others are said to comprise of more than 80 percent of entry-level Android phones that are being activated.

Most Google apps like Gallery Go, YouTube Go, Google Go and others are already optimised for Google Go OS. These apps consume less data to download, take up less space when installed and are less demanding on a device.