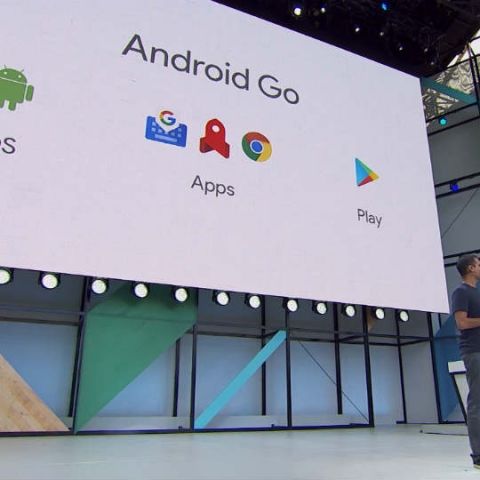 The new OS is designed to work on devices with less than 1GB of RAM or less, and the company is designing its apps to use less memory, storage space and mobile data

During its I/O event yesterday, Google unveiled a brand new program called Android Go. The new program is aimed at offering budget-friendly devices for developing markets. Android GO is a lightweight version of its upcoming Android O and is designed to work on devices with 1GB of RAM or less. The company notes that it is designing its apps to use less memory, storage space as well as mobile data. These include apps like YouTube Go, Chrome, and Gboard. The Play Store on such devices will also promote a better user experience by highlighting apps that are specifically designed for such devices.

Android Go will stat shipping in 2018 to all devices that have less than 1GB or less of memory. The company has asked developers to optimise their apps for the upcoming OS.

The Android Go program seems quite similar to the Android One program which the company launched a few years back. Like Android Go, One was also created with the aim of offering regular updates as well as a better user experiences for those using budget devices. However, there were very few Android One-based devices launched in India. The last such device to be launched in India was the Lava Pixel V1, which was launched in 2015.