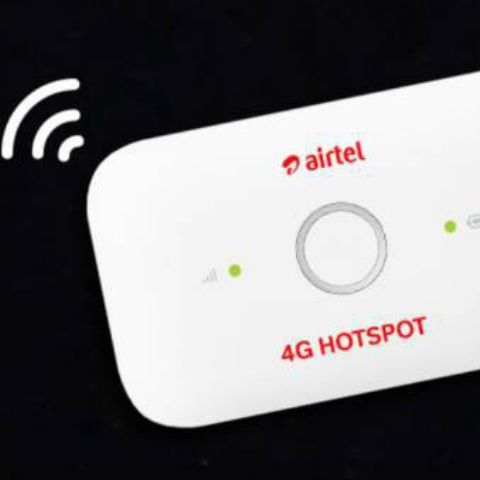 The company has also announced two new plan priced at Rs 399 and Rs 499.

Airtel keeps refreshing what it has to offer with the Airtel 4G Hotspot device and the company has now revamped some more offers and plans associated with the device. Airtel's 4G Hotspot was previously priced at Rs 1,500 but the company has now bumped its price up back again to Rs 2,000. However, it is offering a couple of postpaid plans with the device, which can be used to avail a cashback of Rs 1,000 on the purchase of the device. There are two new plans priced at Rs 399 and Rs 499, which have a validity of one month and offer Rs 1,000 cashback when a user performs data plan activation with any one of the two packs, on a new postpaid connection.

The plans also come with data carry forward option, which means any unused data is credited to the user’s account next month. Also, it should be noted that if one removes the SIM from the eligible device, no benefits will be available. As for the two new postpaid plans for the Airtel 4G Hotspot device, the Rs 399 plan offers 50GB data benefit for a month. The Rs 499 postpaid plan will credit 75GB data per month. As per reports, users who purchase Airtel’s 4G Hotspot device will need to pay activation charges of Rs 300 to get cashback, which is said to be credited back to a user’s postpaid account to be used for subsequent bill payments.

Back in December 2017, Airtel lowered the price of its 4G device to Rs 999. Airtel’s 4G Hotspot, as the name suggests, makes a Wi-Fi hotspot to which 10 devices can be connected at once. As per the company’s website, the device can deliver up to six hours of usage on a single charge and also supports 3G and 2G connectivity. Airtel’s portable hotspot takes on Jio’s JMR 1140 4G hotspot device, which is available for Rs 999. It also supports up to 10 devices at once and gives access to Jio’s 4G LTE network, along with making VoLTE calls.