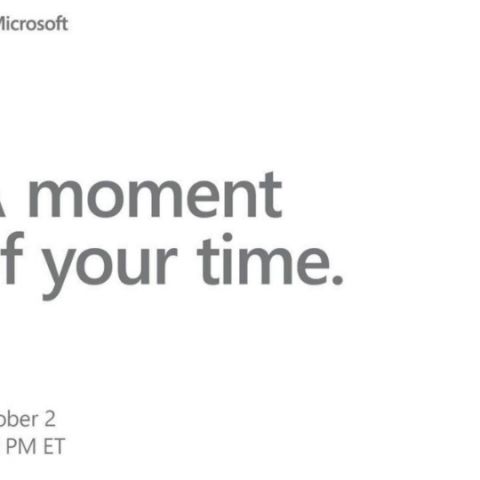 The three tech giants - Apple, Google and Microsoft, all have something to show off this fall. After Apple scheduled its iPhone launch on September 12, Google announced its Pixel event for October 9. Now, Microsoft has also sent out invites for a Surface event set for October 2. Microsoft’s event is scheduled for October 2 in New York at 4PM ET or 1:30 AM IST. The invite just reads “a moment of your time” and does not give away any other information as to what the Redmond-based tech giant plans to launch.

Microsoft’s Surface Phone has also been rumoured for a long time now, but don’t expect the same to launch at the October 2 event.

Microsoft could possibly announce something related to Qualcomm Snapdragon 1000 chipsets on Windows 10 laptops and tablet. The Snapdragon 1000 is said to compete with Intel's Y- and U-series Core processors.