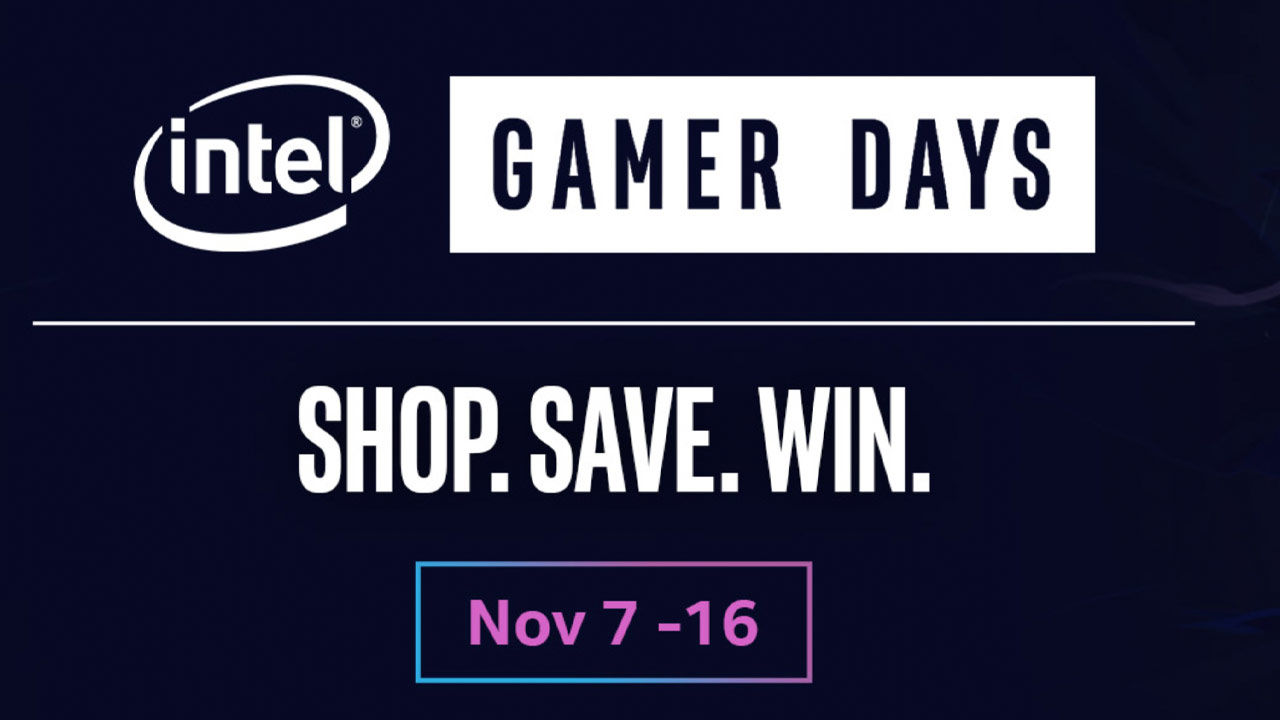 Things in the PC space have been getting very exciting over the last two years. We’ve seen AMD come roaring back to dominate the CPU-space, and Nvidia’s GPUs deliver impressive performance gains YoY, with the price you pay per performance point also dropping significantly. IF you look at the holistic picture of the PC space right now, what’s clear is that it’s a great time to be into PC gaming. Sweetening that deal just ahead of the festive season is Intel, which is currently running its Intel Gamer Days promotion.

During Intel Gamer Days, all of Intel’s partners such as OEMs, offline retailers and even e-tailer platforms offering a host of incentives to those buying Intel processors or intel powered gaming desktops and laptops. If you’re looking to buy the very best of Intel’s gaming processors for your desktop, the Intel Core i9-10900K can be had for a flat discount of 30 percent from ITGadgetsOnline. What’s more, Intel is throwing in a free game code for Marvel’s Avenger game. If you feel that an i9 will be overkill, then you can pick up the Intel Core i7-10700K at a 25 percent flat discount.
If you want to go with a pre-built gaming desktop or even a laptop, there is a whole truck load of deals and offers for the picking. Lenovo, for example, is offering up to Rs 50,000 off on its Intel-based gaming lineup, while Acer is offering a Rs 4,400 discount on the purchase of an Acer Nitro gaming monitor, when you buy an already discounted Acer Nitro gaming laptop. Compasso, a bangalore based system integrator is offering over Rs 16,000 worth of benefits, which includes extended warranties on their custom built-systems, and an additional Rs 3,000 off on 144Hz gaming monitors. If you’ve been eye-balling an Alienware machine for some time, you can now get one at 5 percent off. Given how expensive Alienware tends to be in India, even a 5 percent discount would be a notable chunk of change. HP is offering a host of deals which include extended warranties, discounts and even free headsets. Last but not the least, both Flipkart and Amazon are offering a host of offers, with Amazon offering Rs 5,000 worth of freebies and no cost EMIs while Flipkart is offering discounts of up to Rs 25,000 on 10th-gen gaming laptops.

Intel Gamer Days started on November 7 and is expected to go on till November 16th. During this period, Intel’s desktop processors and gaming desktop and gaming laptops are all expected to be heavily incentivised, whether its through discounts, through freebies, and in some cases, both!