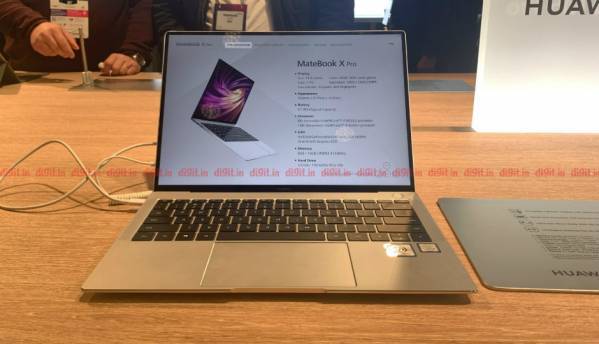 After Huawei reportedly asked Foxconn to cut down smartphone production following sanctions placed on it by the United States of America, it is now being reported that the Chinese company is also asking its PC suppliers to halt the supply and developmet of its MateBook and MagicBook laptops. As reported by Digitimes, Huawei has sent notices to its PC supply chain partners asking them to halt all deliveries.

According to the report, while Huawei’s smartphone supply chain still stands strong because of pre-sourced components, the PC supply chain has been “severely hit” by the US ban. Companies like Intel, AMD and Microsoft, which traditionally partner with Huawei to supply hardware and software for its laptops, have been restricted by the US Department of Commerce to do any business with the company.

While Huawei is reportedly working on a new Operating System for smartphones (owing to current Android ban), it does not have an alternative to using the Wintel architecture (Windows and intel). The lack of alternatives in the PC space have resulted in rumours that the company might have to exit this industry completely. Reports of Huawei halting the development of new PC models also points to a possible shutdown of Huawei’s Notebook business.

Huawei had plans of launching its laptops in India as well. Last year, Jim Xu, Vice President of Huawei’s Consumer Business Group had told some Indian journalists that the company will diversify its product portfolio in India, to possibly include PCs. However, those plans could be stalled if the business environment remains unstable for Huawei.

This year, Huawei launched the MateBook 13, MateBook 14 and a refreshed MateBook X Pro. The new MateBook series features hardware from US companies like Intel and software from Microsoft. They also pioneered a feature called OneHop, which allows you to transfer files back and forth between the MateBook and Huawei smartphones with just a tap. You can check out OneHop in action in the video below.