Mobile World Congress kicks off tomorrow and Huawei has already hosted its event where it announced two new laptops, alongside a refresh for the flagship, the Matebook X Pro 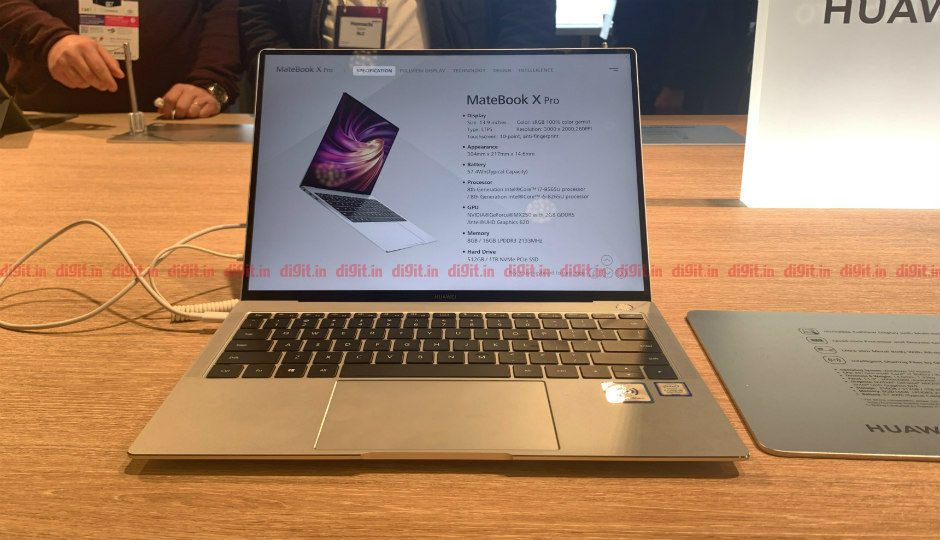 In its pre-MWC event, Huawei has revealed the refresh of its flagship laptop, the Matebook X Pro. The Huawei Matebook X Pro was introduced to the world same time last year, so this is the second generation of the company’s top-end laptop.

The Matebook X Pro comes with a few new and improved features, the most prominent one being the display. The new Matebook X Pro features a 13.9-inch FullView LTPS display with a resolution of 3000x2000 and a screen-to-body ratio of 91 percent. The display is touch-enabled and supports for 10-finger multi-touch. This display is packed into a 13-inch form factor, but more impressively, a body that is 4.9mm at its thinnest and 14.6mm at its thickest.

The Matebook series of laptops also feature a number of software innovations, like OneHop, a feature which allows you to transfer files back and forth between the Matebook and Huawei’s smartphones with just a tap.