Tokyo 2020 games' medals will be made from recycled electronic gadgets 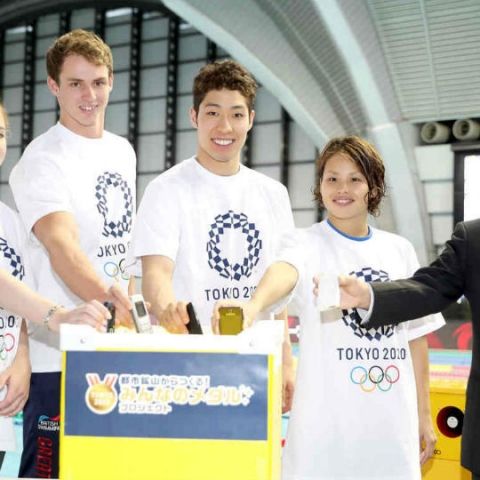 In its own bid towards sustainability, the Tokyo Organising Committee of the Olympic and Paralympic Games has announced that the medals for the 2020 games will be made from recycled electronic gadgets. Called the Tokyo 2020 Medal Project, the initiative aimed to salvage precious metals such as gold, silver and bronze from mobile phones and other small electronic devices. These would then be used to produce the medals that would be awarded to the athletes. The committee plans to produce approximate 5000 medals for the Olympic and Paralympic games and now notes that they have secured the necessary amount needed to make the medals. The committee says that they will stop the collection of devices from march 31, 2019 onwards.

The Tokyo 2020 Medal Project asked citizens to dispose of any electronic waste across various collection centers. By October 2018, the committee had collected approximately 47,488 tons of small electronic devices, including mobile phones.

“Thanks to the enthusiastic response from many citizens and corporations since the Medal Project commenced in April 2017, we have been able to secure the amount of metals required to produce the medals for the Tokyo 2020 Games, and we have therefore closed the collection of small electronic devices at the end of Sunday, 31 March 2019. We wish to sincerely thank all those who have contributed to this project and express our appreciation for your continued support,” the organising committee said on its website.

E-waste has become a pretty major concern across the world. With a lack of options in place, especially in developing nations, most discarded gadgets usually end up in a landfill. Back in 2016, a report by ASSOCHAM-Frost & Sullivan, it was noted that India generates about 18.5 lakh metric tonnes of electronic waste per year, with the number set to increase over the years.