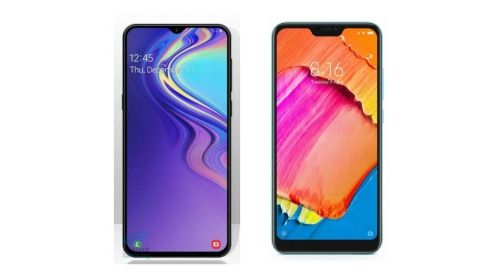 The Samsung Galaxy M20 has been finally launched in India at a starting price of Rs 10,990. The phone is powered by an Exynos 7885 octa-core processor and has a dual camera setup on the back. On the other hand, we have Xiaomi’s mid-range segment device Xiaomi Redmi 6 Pro, which is available in India for Rs 9,999 for the base 3GB/32GB variant. The phone features a traditional notch on top of the display and a dual camera setup on the back. Let’s do a quick specs comparison of the two to know which one would be the right buy for you in terms of hardware? 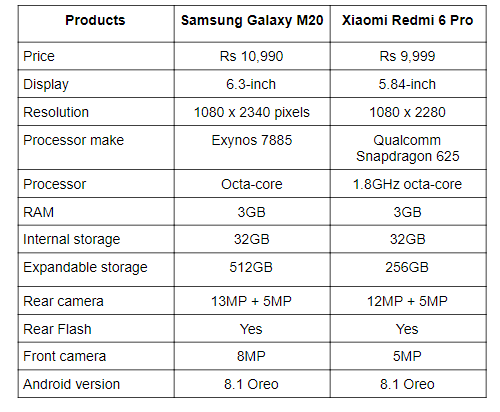 As far as the cameras are concerned, the Xiaomi Redmi 6 Pro features a dual 12MP + 5MP rear cameras along with a 5MP sensor on the front, while the Galaxy M20 has a 13MP + 5MP dual camera setup on the back with an 8MP unit on the front.

The Galaxy M20 will go on sale in India on Feb 5 via Amazon, while the Xiaomi Redmi 6 Pro is starting from Rs 9,999 in India currently.