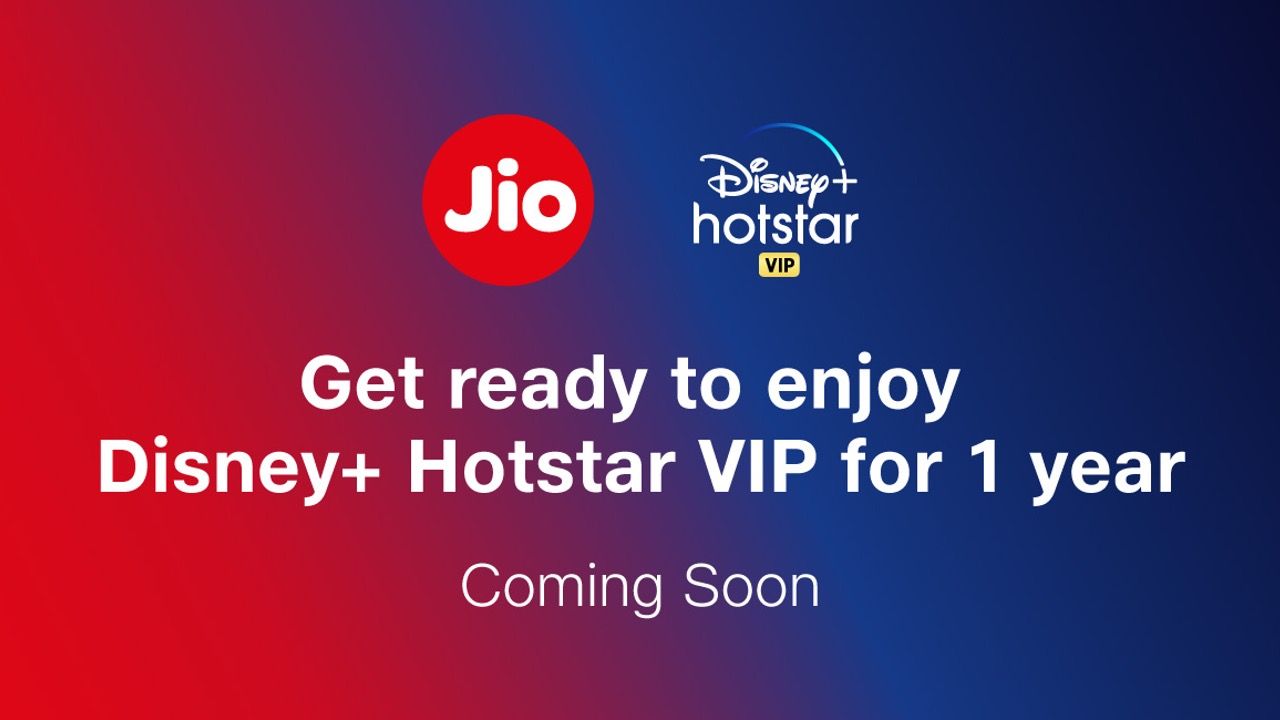 Reliance Jio will soon introduce Disney+ Hostar VIP subscription for its customers with a validity of one year. The telecom operator teased the upcoming announcement with a “coming soon” banner across its website and My Jio app. Several users also received a push notification with the teaser that says, “Get ready to enjoy Disney+ Hotstar VIP for 1 year”.

Jio didn’t reveal any more information about the Disney+ Hotstar VIP subscription offer and there’s no word on how soon can we expected it to go live in India. The on-demand video streaming service backed by Star India and The Walt Disney Company was launched in early-April in India and was able to garner close to 8 million subscribers in the first week itself. The service has already surpassed 50 million paid subscribers since its launch back in November 2019.

Reliance Jio already bundles Disney+ Hotstar VIP subscription with its JioFiber plans and will now offer the same to its mobile subscribers. While it’s currently unknown whether the subscription will be offered with a new tariff plan or will be bundled with existing plans, rival telco Airtel launched a similar offer for its users back in April by introducing a new recharge plan.

We will know more details about the Disney+ Hotstar VIP subscription offer when Jio announces it officially in the coming weeks.