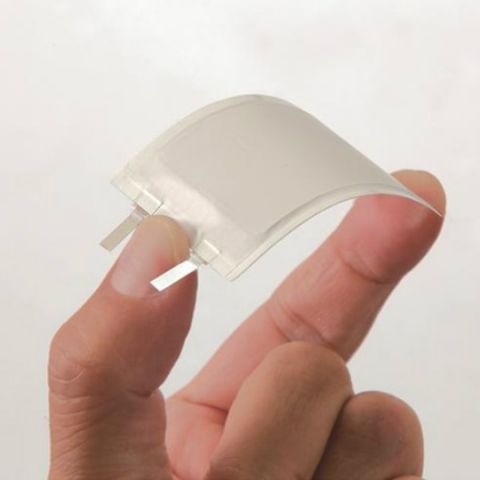 The flexible battery has a maximum capacity of 60mAh and Panasonic says that it is suitable for wearables, smart clothing, and so on.

Panasonic says that the new battery can be bent repeatedly into a radius of 25mm, or twisted to an angle of 25o, while retaining its charging and discharging characteristics. The battery has three different variants: the smallest has a capacity of 17.5mAh, while the largest has 60mAh. So, while these batteries may not be able to power smartphones, they can be used for gadgets that require lesser power to run. At least the concept is there, and Panasonic may soon be able to create larger batteries for use in smartphones. For now, though, the company says that the new battery is ideal for wearable devices, smart clothing, and so on. Panasonic’s flexible battery will be showcased at CEATEC JAPAN from October 4 to 7. The company says that sample shipments are scheduled to start by the end of October 2016.

Samsung may be planning to launch two smartphones with bendable screens by early 2017. Reports suggest that one of the versions may be able to fold completely in half. It is tipped to feature a 5-inch display, which would turn into an 8-inch tablet when opened. 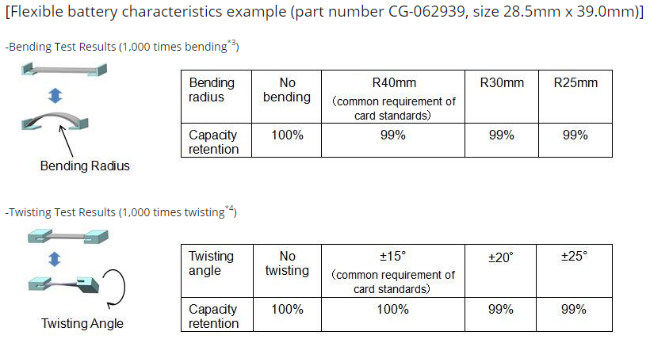