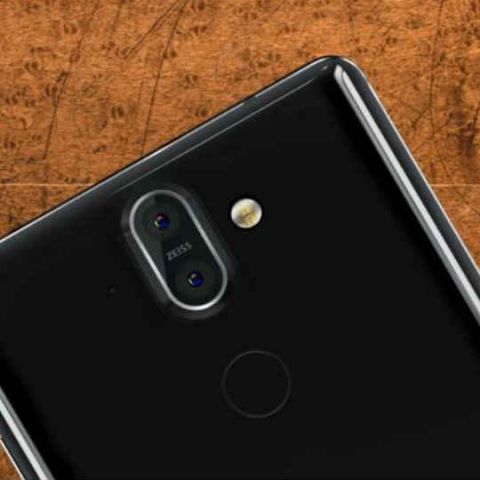 HMD Global, the Finnish company that sells Nokia-branded phones, has announced that the Nokia 8 Sirocco device will now begin receiving the latest Android operating system, Android 9 Pie. The company says that with this rollout, a total of eight Nokia smartphones will now be running the latest Android OS. With the update, user will be able to use App Actions and Digital Wellbeing features that are exclusive to Android One devices and Google Pixel phones.

“Nokia 8 Sirocco users using Android 9 Pie will enjoy improvements to their smartphone experience based on their daily phone use. This is due to features like predictive system navigation, which adjust and anticipate each user’s personal needs,” the company said in a press note. The announcement comes 20 days after Juho Sarvikas, HMD Global Chief Product Officer said on Twitter that the beta build of Android Pie is already under testing for the Nokia 8 Sirocco.

The update brings the standard set of Android Pie features for the phone, like Adaptive Brightness and Adaptive Battery, along with the new system navigation scheme. It is possible that the update brings along the January 2019 Android Security Patch that was recently rolled out to all Google Pixel smartphones. Owners of the Nokia 8 Sirocco device can wait for the update notification or can navigate to their phone's Software Update tab to check for the update.

The update will also bring Digital Wellbeing features like Dashboard, which highlights screen time and phone usage, including how many times the device has been unlocked and number of notifications received. The phone will also get App Timers (to set time limits on app usage) and Wind Down mode as well as Do Not Disturb​ features (to set a daily schedule to get your phone ready for bed). The Wind Down feature fades the screen to Grayscale and Do Not Disturb silences all the notifications.

Nokia 5.1 Plus is the latest handset to get updated to Android 9 Pie