New 'artificial skin' has been developed by Telecom ParisTech. The product has been dubbed 'Skin-On'. It could be used with smartphones, touchpads and even smartwatches. 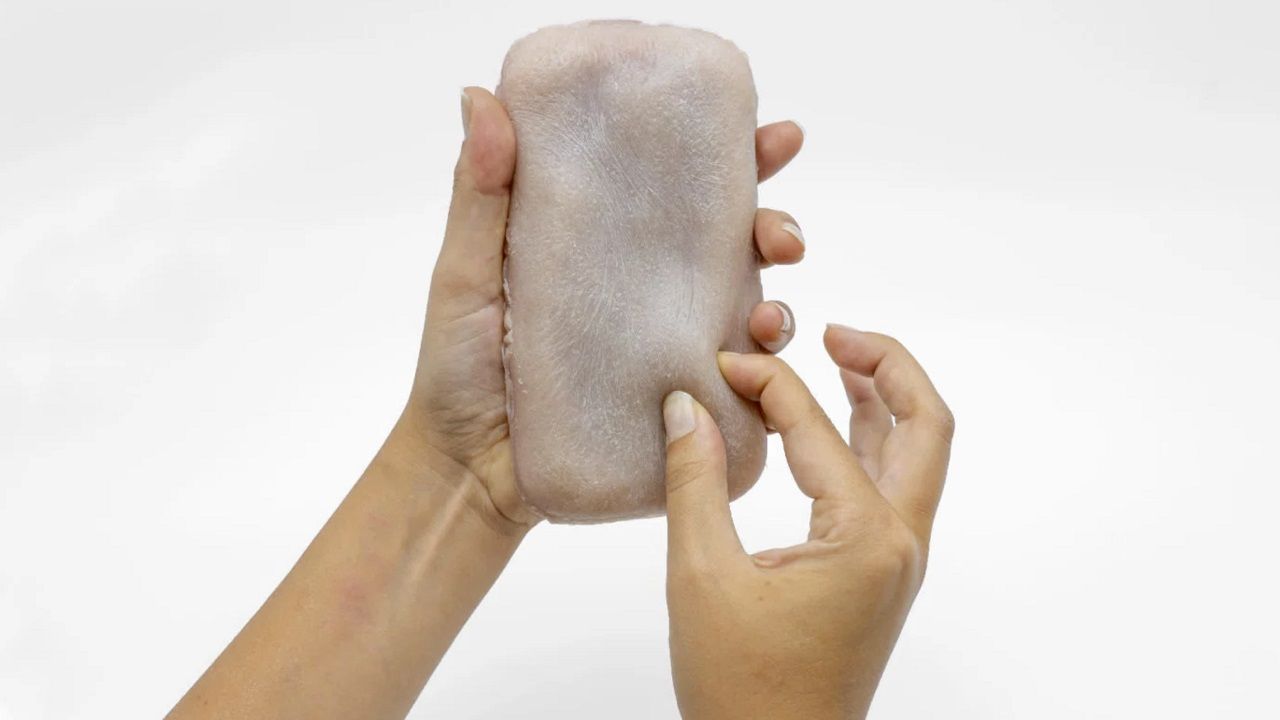 The amount of phone cases and skins out in the market are too numerous to list out. Users rarely allow their phones to be exposed and always tend to cover them up using a skin or a case. Well, now a company called Telecom ParisTech have come up with a rather creepy but innovative piece of tech that could change how we interact with our devices. This new tech is essentially a kind of ‘artificial skin’ that allow users to access new features and inputs while using it.

Dubbed Skin-On Interfaces by its creator, Marc Teyssier, this tech was developed by Telecom ParisTech along with researchers from HCI Sorbonne Université and CNRS. It all started when Teyssier wanted to do more with his phone. Specifically, he wanted to pinch it. He wanted to replace the way we interact with our phones now. He says that it’s cold and impersonal and that he wanted to replace that experience with a realistic version of human skin. He has the right idea simply because we humans are used to touching skin and it’s a part of how we interact with others.

The team began by building two prototypes, a simple version and a true-to-life version that mimicked human skin. They also programmed the ‘skin’ to detect various gestures like pinching, poking and light tickling. The team has also linked these gestures to various emotions to represent these actions. For example, if you grip your phone tightly, it’ll think that the user is angry. Essentially, this means that the amount of pressure applied directly related to changes in the system’s electric charge.

The company has also branched out into touchpads and smartwatch wristbands that feature the artificial skin. The future of the company lies in making the idea of human skin as a cover more palatable to the general public. In the published paper on the topic, the nest step for Skin-On is to create a more realistic product that has hair, changing temperatures, sweat and even goosebumps.

Who knows where this tech will go in the next few years but as of now, it’s interesting to see the why researchers are approaching the idea of a seamless human experience even when you’re interacting with a cold electrical piece of technology.