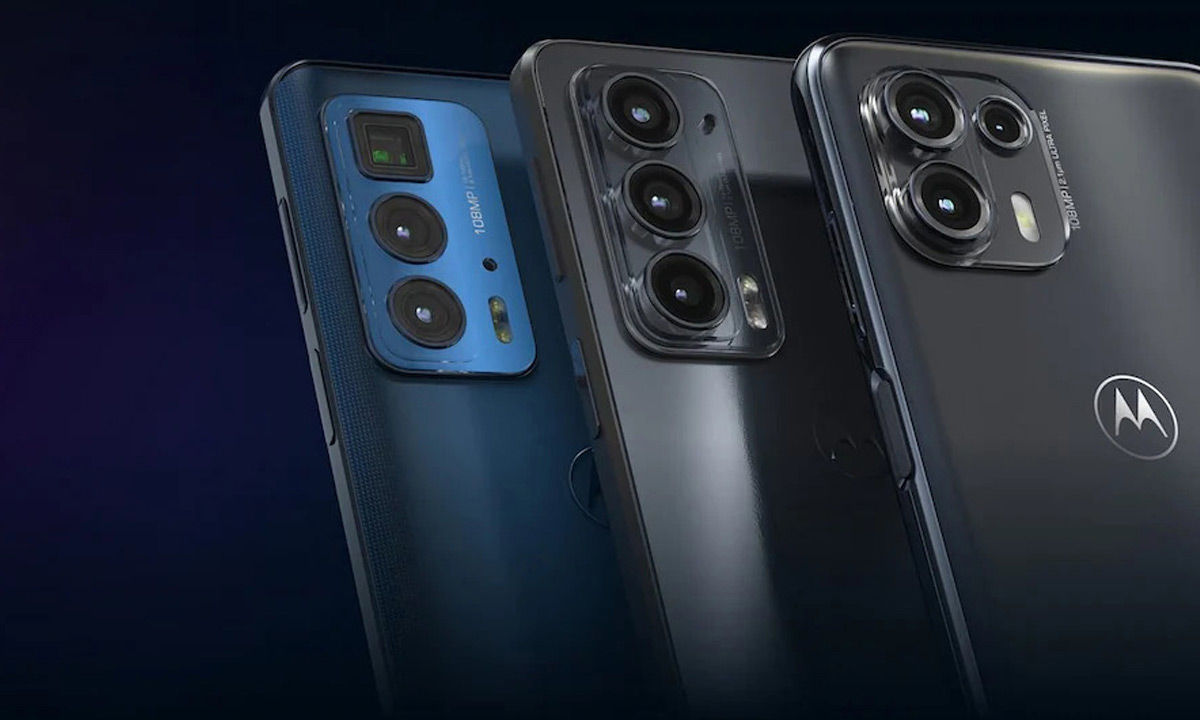 Motorola has teased the India launch of the Edge 20 series on its social media handles. The Edge 20 series that was globally presented last week comprises three phones - Edge 20 Pro, Edge 20 and Edge 20 Lite. It’s still unclear if all three will make it to the country.

The three Moto Edge phones are 5G ready and include a 108MP primary rear camera (Samsung Isocell HM2), and 30W fast charging. Motorola assures of Android 12 and Android 13 version updates in future. All three also get Motorola's Ready For Desktop interface that addresses productivity needs by bringing a desktop-like interface when connected to an external monitor (similar to Samsung's Dex).

This is your calling. Find what sets you apart. #FindYourEdge pic.twitter.com/GfEtZA75rK

The Pro model is powered by Snapdragon 870 octa-core chipset and employs a 6.7-inch OLED display with a 144Hz refresh rate. It also brandishes a periscope-style 8MP telephoto camera capable of 5x optical zoom. Other than that, it includes a 16MP ultrawide camera, under-display fingerprint sensor, 32MP primary camera, and 4500mAh battery.

The mid-tier Motorola Edge 20 is powered by Snapdragon 778 and retains the 6.7-inch 144Hz OLED display,  the 108MP primary camera and the 16MP ultra-wide shooter. It replaces the periscope module with a regular 8MP 3x optical zoom camera. The phone houses a 4000mAh battery, under-display fingerprint sensor, and 32MP selfie camera.

The Lite model employs MediaTek’s Dimensity 720 5G paired with 8GB RAM and 128GB storage. Apart from the primary 108MP camera, the phone is equipped with an 8MP ultra-wide camera and a 2MP depth sensor on the rear. The Edge 20 Lite further includes a 5000mAh battery, 6.7-inch 90Hz OLED display, and a 32MP selfie camera.