Two smartphones from the Motorola Edge 20 series could launch later this month. Both smartphones are tipped to be flagship devices featuring premium features. 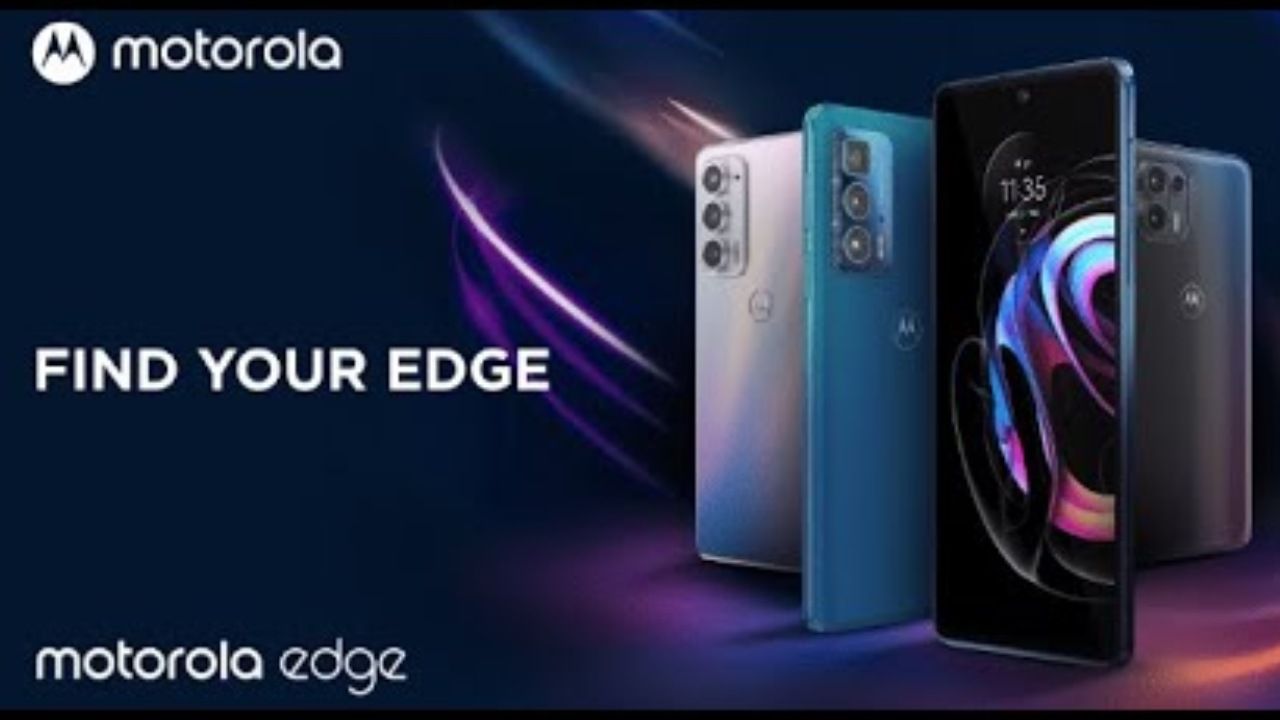 He further confirmed that the upcoming Motorola Edge 20 series smartphones as “loaded with premium and flagship features.” According to the latest info, the Motorola Edge 20 series includes three smartphones - Edge 20, Edge 20 Lite and Edge 20 Pro. The Edge 20 could feature a price tag of Rs 30,000, which will put it at odds with the Samsung A52 5G, IQOO 7, POCO F3 GT, and the recently launched OnePlus Nord 2. 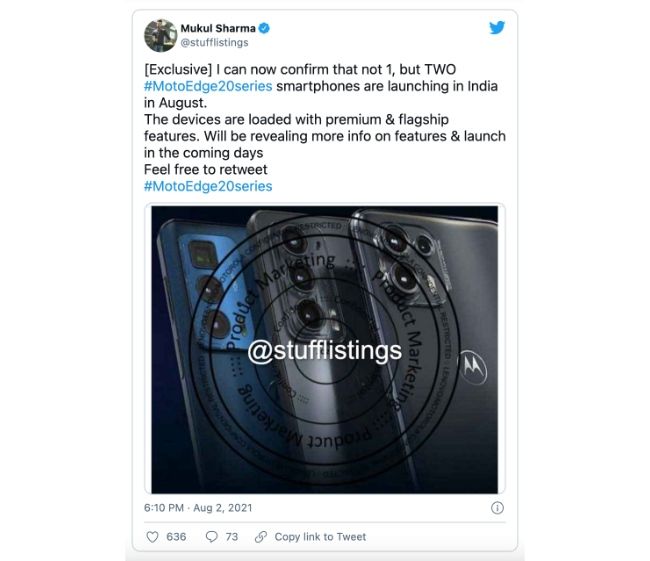 In terms of camera setup, the Edge 20 will feature a 32MP selfie cam and an 8 MP telephoto lens with 3x zoom. Meanwhile, the Edge 20 Pro features a 108MP primary lens, an 8MP telephoto camera with 5x zoom and a 16MP wide-angle lens. Lastly, the Edge 20 Lite comes with a 108MP main lens, a 2 MP camera for depth and an 8MP ultra-wide lens.