Microsoft shows off new software and hardware for Surface Hub 2

Microsoft has shown off new software features for the Surface Hub 2, both of which were seen publically for the first time 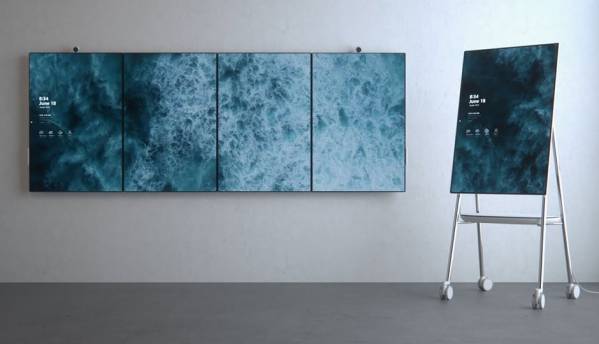 Microsoft shows off new software and hardware for Surface Hub 2

Microsoft, during its keynote at the Microsoft Ignite Conference, used the Surface Hub 2, the device's, first public appearance. Additionally, the keynote was the first time Microsoft showed off the software that will power the second generation of the Surface Hub. However what is making headlines about Microsoft’s use of the Microsoft announces Surface Hub 2 with 50.5-inch 4K+ display [News]Surface Hub 2 at the keynote is when the speaker rotated the display from the vertical orientation to horizontal, and the content realigned itself in the smoothest way possible. In fact, it almost appears as if the frame is rotating, but the content remains suspended mid-air.

This is part of a new Windows Core OS (WCOS) project at Microsoft which seeks to modularize its OS to run in unique ways on unconventional hardware.  Microsoft has been working on WCOS and its Composable Shell (C-Shell) for years, and both efforts will allow Windows to run on new hardware. Surface Hub 2 is a good example of that new type of hardware, could be, alongside Microsoft’s rumoured “pocketable” Surface device, code-named Andromeda.