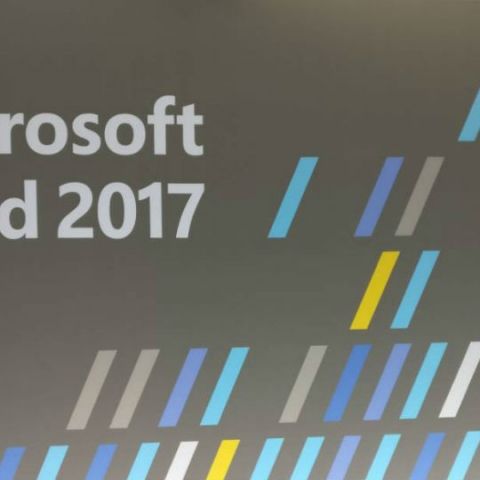 For businesses, Microsoft showcased a preview of Azure IoT Edge, which is described extending the “intelligence — and other benefits — of cloud computing to edge devices.” It also announced extensions to Microsoft Graph, which would combine information from work with device insights and contextual awareness.

For developers, the company introduced Azure Cosmos DB, which is built from the ground up to power planet-scale cloud services and data-intensive applications ranging from IoT to AI. Microsoft says that it is the industry’s first “globally distributed, multi-model database service to deliver horizontal scale with guaranteed uptime, throughput, consistency and single-digit millisecond latency at the 99th percentile” The company also unveiled new MySQL and PostgreSQL-managed services, which join Azure SQL Database and offer developers more choice and flexibility. Further, the company showcased an early preview of the company’s new database migration services which are aimed at allowing Oracle and SQL Server customers to easily move their data and modernise their apps faster.

The Azure SQL Database has been improved. The company has unveiled a new Managed Instance private preview, which offers SQL Server instance-level compatibility and makes it easier for organisations to migrate from existing SQL Server apps to Azure SQL Database. It also announced the general availability of Threat Detection and a preview of Graph support.

Microsoft announced the general availability of Visual Studio 2017 for Mac, which would allow developers to work across Windows and Mac environments with support for mobile, web and cloud workloads. There are also previews of Docker tools, Azure Functions, and Xamarin.IoT support. Further, the company announced support for containers of nearly every type on every platform along with general availability of Windows Server Containers support in Azure Service Fabric with Visual Studio tooling as well as a preview of the ability to use Docker Compose support Service Fabric.

The company  unveiled its plans to help developers connect with Office 365 customers. The company says that now any developer can publish for Microsoft Teams and that apps in Teams will soon become more discoverable to end users via a new app experience. Developers will be able to add new capabilities to Teams app like third-party notifications, compose extensions and actionable messages. The company will make its new Microsoft Graph APIs available to developers. These APIs will include SharePoint and Planner.

The company says that developers and ISVs who host their production SaaS applications on Microsoft Azure and sign up through the Azure website can now have data from their apps and workflow automatically extended to authorised Office 365 customers through their standard connector for PowerApps and Microsoft Flow.

The company says that developers can now write cards using new adaptive cards supported by the Microsoft Bot Framework. This will allow developers to publish to new channels like Bing and Cortana. Microsoft also announced a new Azure Batch AI Training which is available in private preview only. This will allow developers and data scientists to configure an environment with parameters and run their models against multiple CPUs, multiple GPUs and eventually field-programmable gate arrays.