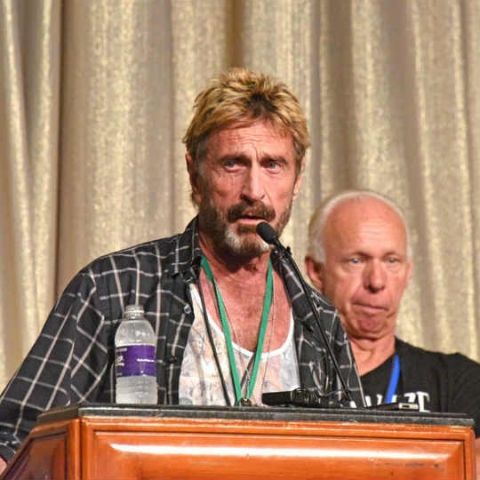 John McAfee claims to have discovered a flaw in Android, but it has been suggested that he is simply using phones pre-installed with malware

John McAfee, founder of McAfee anti-virus, has claimed that he was able to hack into WhatsApp and read the encrypted messages. According to a report by Cybersecurity Ventures, the message was exchanged between two cooperating researchers located at headquarters of LIFARS, a cyber intelligence and digital forensics firms. As per the report, an app written by McAfee’s team was downloaded onto two new Android phones, which were used to exchange messages. McAfee said that WhatsApp should not be blamed, and the problem is with Google. He claims to have discovered a design flaw in the Android OS and as per the report, the flaw gave his team access to “virtually everything happening within all Android devices”.

However, not everyone seems to be convinced. According to a report by Gizmodo, McAfee is trying to trick reporters into thinking that he is capable of hacking into WhatsApp. The report says that he sent reporters phones pre-installed with malware containing a keylogger. McAfee responded to the publication saying, “Of course the phones had malware on them. How that malware got there is the story, which we will release after speaking with Google. It involves a serious flaw in the Android architecture.”

Last month, WhatsApp introduced end-to-end encryption, for messages and calls. The encryption means that nobody except for the sender and receiver, would be able to access any messages, picture, videos, or documents sent using the app. The encryption scheme was developed in collaboration with Open Whisper Systems.