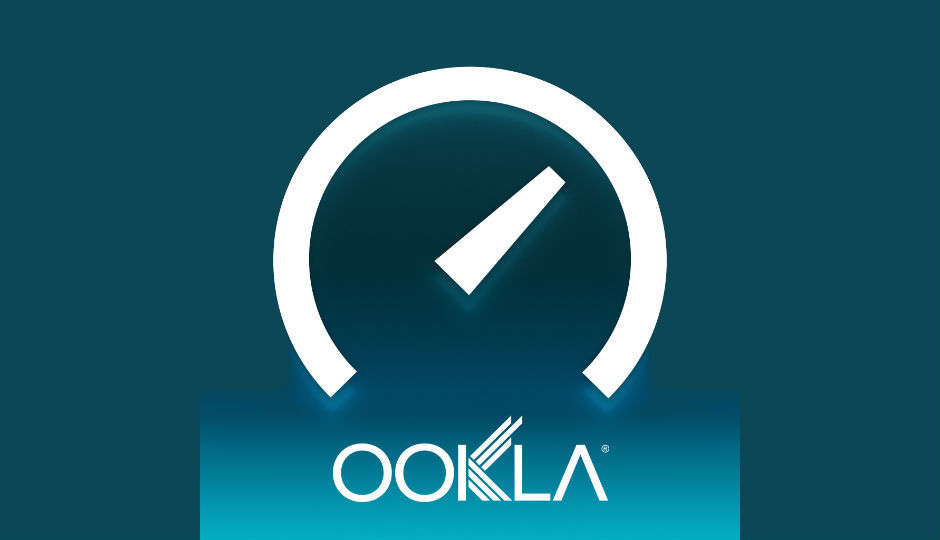 India fell three ranks both in fixed and mobile broadband speed performance in the month of June and now ranks 74 and 126 respectively in the internet speeds globally, Ookla’s Speedtest Global Index has shown. On the internet speeds front, there has been a slight decline since the previous month as the current average mobile download speeds in India are 10.87 Mbps in mobile speeds and 29.06 Mbps in fixed broadband speeds. 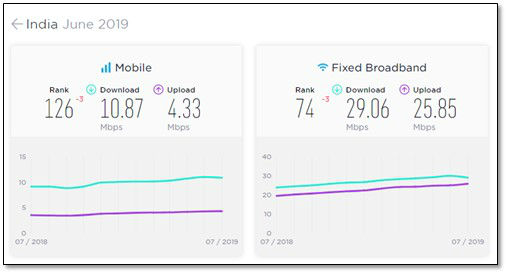 “An ever-evolving focus on sophisticated network infrastructure will always be important for fixing network quality in India. India is one of the geographically largest and most populated country in the world, meaning a well laid out network that is able to handle high volumes of usage is a key in supporting the internet needs of the Indian market. Despite these challenges in India (high population, large geography, high density), further advancements in both 4G and 5G network technology will continue to improve network efficiency,” Doug Suttles, Co-Founder and General Manager at Ookla, said in a statement.

The June Speedtest Global Index shows South Korea at pole position in the world for mobile internet with an average download speed of 90.06 Mbps. Singapore still holds the top spot for fixed broadband with a 195.88 Mbps average download speed. Recently, Ookla confirmed that Vodafone has emerged as the fastest 4G network in Delhi NCR region for a period of April-June 2019 as well as in the West Bengal Telecom Circle for the January to March quarter. In the same quarter, Ookla verified Idea as the fastest 4G upload speed network in Gujarat and Haryana.