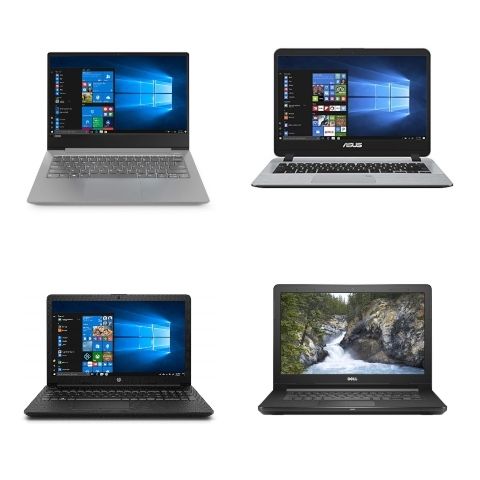 HP maintained its leadership in the India PC shipments as overall market saw a decline for the third consecutive quarter in 2019Q1. The decline was owing to weak consumer and commercial demand, International Data Corporation (IDC) India has said in its latest report. The Gaming PC segment, however, saw good traction through both online and retail as vendors decreased GPU prices which resulted in a spike in demand. According to IDC’s Asia/Pacific Quarterly Personal Computing Device Tracker, the market witnessed a year-on-year (YoY) drop of 8.3 percent with shipments reaching 2.15 million units in the quarter.

The firm said that the market remained weak outside big commercial deals due to less consumer demand, high inventory from previous quarters, and supply issues for Intel chips. The decline was also attributed to the announcement of the General Elections on March 10, which brought the Model Code of Conduct. This resulted in a delay in execution of government projects. When it comes to the laptop segments, Notebook category, which contributed 61.4 percent of the overall India traditional PC market shipments, witnessed a 9.8 percent YoY decline. Within Notebooks, Ultraslim category grew by 86.5 percent capturing a 25.3 percent share of the market. 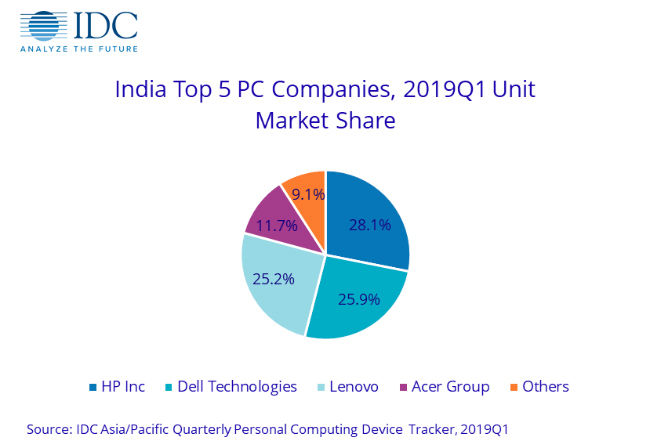 “Business sentiment has been on the lower side as enterprises look to wait and watch before taking any major decision due to ongoing elections in 2019Q2; the model code of conduct came into the picture in 2019Q1, thereby delaying the Government and Education projects. Spending towards Ultraslim notebooks is increasing as owing to factors such as improved mobility due to the thinness of the product and enhanced aesthetics,” Bharath Shenoy, Market Analyst, PCs, IDC India, said in a statement.

HP Inc. maintained its leadership with an overall market share of 28.1 percent, followed by Dell with a 25.9 percent share, and Lenovo with a market share of 25.2 percent. HP Inc. saw a YoY decline of 9.7 percent due to consumer segment which declined by 21.3 percent over 2018Q1. Dell Inc registered a year-on-year growth of 2.2 percent and a quarter-on-quarter growth of 26.7 percent. Dell Inc.’s commercial business witnessed a 25.9 percent YoY growth. Lenovo observed a 6.2 percent YoY growth and 29.2 percent sequential growth.