'Heart in a box' can keep a heart beating till transplant

'Heart in a Box' is a device that can keep a heart from the deceased alive. 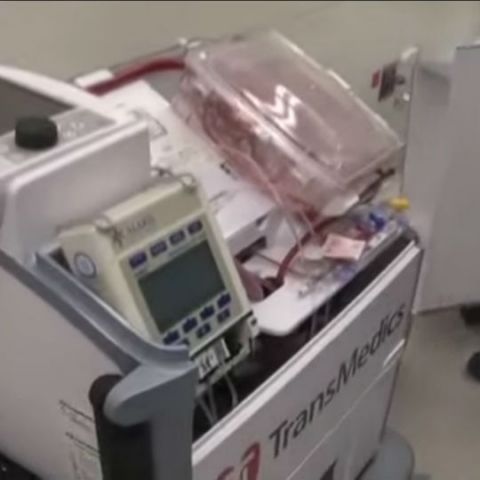 Surgeons have started using a device known as a ‘heart in a box’ to transplant hearts from the recently deceased, to patients in need of a heart transplant. The device manages to “reanimate” the heart by getting it to beat again, which could increase the pool of donated hearts by 15% to 30%. You can see the heart beating in the video below, but be warned, it is quite graphic.

Generally, once hearts are removed, they are stored and transported in cold storage to help avoid rapid deterioration of the organ. The heart in a box extends the time the organ can stay outside a body by placing it in a sterile chamber and clamping tubes into the heart that feed it with oxygenated blood, and electrolytes. This gets the heart beating again. “Cold is the old thing, and warm is the new thing,” Korkut Uygun, a transplant surgeon at the Massachusetts General Hospital, told MIT Technology Review. “Warm is the way to go with metabolically active tissue,” he added.

Transplant surgeons recognise two main categories of death. a person can either be brain dead, or die due to the heart and blood flow stopping, which is known as a circulatory death. Surgeons prefer the hearts of those who a brain dead because by the time the heart stops in a circulatory death, the heart is starved of oxygen and the muscle cells are already dying. Stephen Large, a surgeon at Papworth Hospital in the United Kingdom has used the system for eight heart transplants. He believes that taking hearts from circulatory death donors could expand the supply of hearts in the U.K. by almost a third.

However, the potentially life-saving device does have its fair share of critics. Some have argued that the $250,000 price tag of the device makes it too expensive to be made widely available. Robert Truog, a medical ethicist at Harvard University, questions whether these donors are truly dead, considering the fact that their hearts can be restarted. He told MIT Technology Review, “How can you say it’s irreversible, when the circulatory function is restored in a different body? We tend to overlook that because we want to transplant these organs.” Truog went on to to say that those patients can be considered dead, as long as their family has given their consent. “They are dying and it’s permissible to use their organs. The question is whether they are being harmed, and I would say they are not.”

Here is a video that details the working of the heart in a box and how the heart is transplanted into a patient.