Hardcore Henry will be released in India on April 8 and is shot exclusively from the point-of-view of the movie’s protagonist, Henry 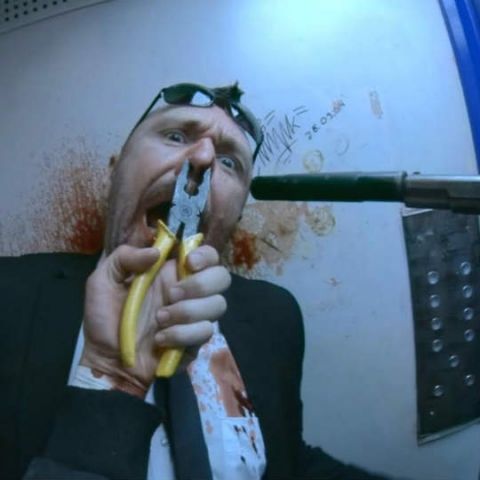 Hardcore Henry, a movie touted as the first to be shot almost entirely with GoPro cameras, is set to be released in India on April 8. Unlike other movies, Hardcore Henry is shot exclusively from the point-of-view of the movie’s protagonist, Henry. As a result, the movie looks a lot like a first-person video game instead of a film. The movie is directed by Russian-born filmmaker, Ilya Naishuller who rose to prominence after his video called Bad Motherf*cker gained recognition after it was posted on YouTube.

To make the movie, the filmmakers got in touch with GoPro for technical assistance. David Newman, the Senior Director of Engineering at GoPro agreed to help out with the technical side of things. The company also provided GoPro HERO3 Black Edition cameras as well as proprietary software that allowed exposure control.

To film the movie, Naisuller and his team had to conduct hundreds of tests using GoPro rigs. The director wished to strike a balance between the fast paced action and the relatively static sections. Naishuller says, “Shooting the film exclusively from Henry’s POV meant that I couldn’t cut away or do a close up on the lead actor’s face to convey his emotion. So Henry would have to physically do something for the audience to feel his reaction. This led to an interesting process of discovery and a lot of physical humor and lighter moments came from these limitations.” Hardcore Henry premiered at the Toronto International Film Festival last year and won the People’s Choice Award at the festival. Check out the trailers for the movie below.