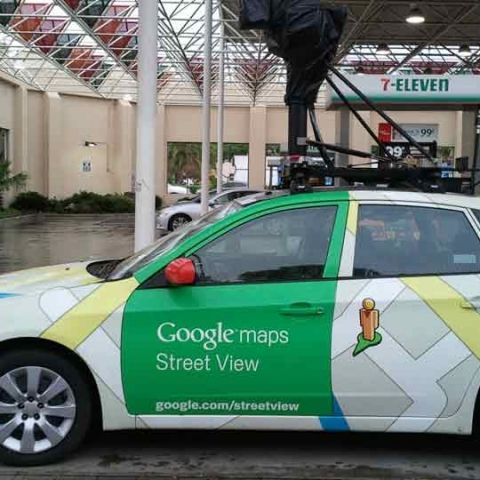 Along with the pending Geospatial Information Regulation Bill, this is another setback for Google’s plans in India

Google’s plans and subsequent proposal to cover Indian cities, tourist spots and places of cultural and natural significance on Google Street View has been rejected by the Ministry of Home Affairs of the Government of India. The Ministry has cited security concerns to reject the 360-degree street level panoramic imagery tools implementation with respect to places in India.

In general, Indian security agencies have been careful and wary of such image-based mapping information being available freely online, as according to reports, terror attacks in India in the past have heavily relied on image based reconnaissance to be carried out successfully. Regarding this specific proposal, official sources reveal that after a detailed security analysis, it was rejected because of the conclusion that it compromises India’s security, especially at places of such high interest.

The Geospatial Information Regulation Bill, 2016, which is still under debate, might bring about changes to this space and help resolve this rejection, according to Minister of State for Home Kiren Rijiju.

Google Street View has been quite widely implemented in the United States, Canada and a number of European and Asian countries as well. In India, Google did have experimental launches in a number of places of tourist significance like the Taj Mahal in Agra, The Gateway of India in Mumbai, Konark Sun Temple in Odisha, Red Fort and Qutub Minar in Delhi, Mysore Palace in Mysore and several other landmarks across the country. It also already covers several university and office campuses across the country, who have participated in partnership with Google.

The Google Street View service has been in extensive use online and works in tandem with other Google mapping tools such as Google Maps and Google Earth. If added, the places that support Google Street View will show up as blue spots or blue paths on the map once the street view toggle is pressed, and once it is enabled, the user can navigate normally in the first person. The information is usually obtained by putting a camera on top of a car, but Google also uses various other alternatives based on special requirements, like trekkers, bicycles, boats, snowmobiles, underwater equipment and even camels!

In the past, Google has faced some problems with regulations in specific countries and has a history of finding out solutions that can work with the government as well as its own plans. It is yet to be seen how Google deals with this setback. Stay tuned to our website for further updates regarding this.