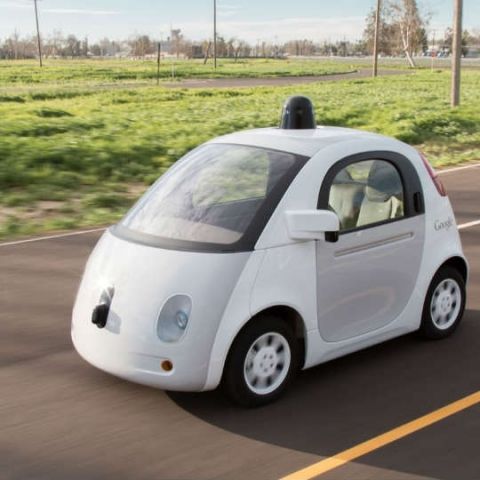 A video footage posted by Associated Press on YouTube shows surveillance camera footage of the accident between Google's self-driving car and the bus. The driver appears astounded, and reacts as if to say, "Why would you do that?" Check the footage here below:

For the first time on record, one of Google’s self-driving cars was involved in an accident where it happened to be on the causing end. The incident happened when the self-manoeuvring Lexus SUV hit a public bus in process of skipping across sand bags on a storm drain. At the moment of the accident, the car was travelling at a speed of about 3kph, while the bus was travelling at about 24kph. No individual was injured in the process, although Google has claimed some of the responsibility, for the first time. The accident occurred on February 14.

The batch of self-driving cars around Mountain View, California have been involved in a number of accidents, although until now, it were other cars that were bumping into the self-driving vehicles. The most common incident involving the self-driving cars was of other drivers bumping on to the cars from the rear. As of now, the US federal law requires an individual to be present behind the steering wheel in case of emergency actions.

However, the government has given the nod to artificial intelligence and computers to be considered as the driver and be held accountable for incidents, giving a positive push to the future of autonomous vehicles.