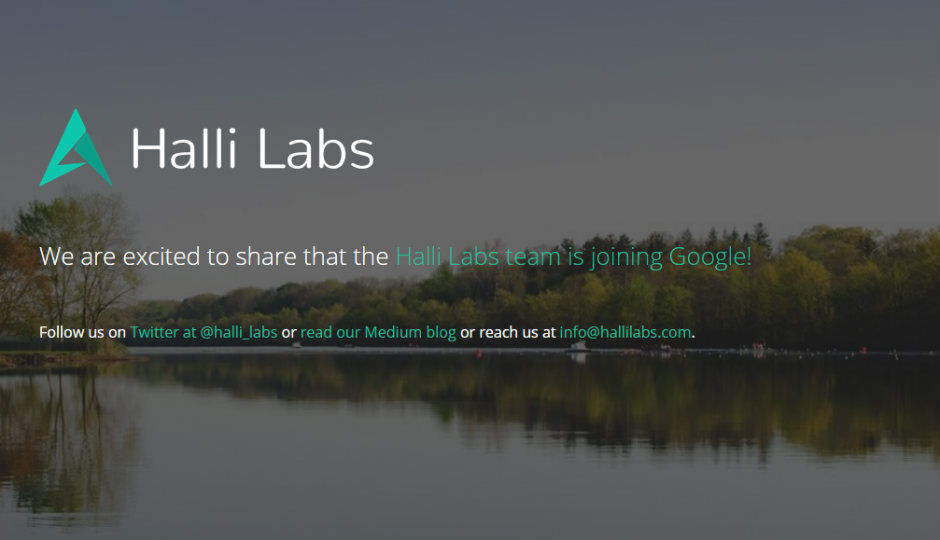 Google has acquired Bengaluru based startup, Halli Labs. The startup was founded just four months back and is developing Artificial Intelligence (AI) and Machine Learning (ML) technology . In a blog post on Medium, the company said, “we are thrilled to share the news that the Halli Labs team is joining Google. As we wrote in our introductory blog post, Halli Labs was founded with the goal of applying modern AI and ML techniques to old problems and domains — in order to help technology enable people to do whatever it is that they want to do, easier and better.” The company noted in its introductory post that that it will be joining Google’s Next Billion User team. In its introductory post back in May, the company said that it aims to use machine learning techniques to solve old problems and help technology. Details about the acquision are not yet known.

Google has got its eyes on AI for quite the while and the acquisition of Halli Labs should help the company with its AI development. The company’s new Google Assistant uses AI to help learn the behavior of Android users and offer better, and personalised information. During its I/O developer conference back in May this year, the company’s CEO, Sunder Pichai announced a new Tensor Processing Unit (TPU). This chip is meant to operate on Google's TensorFlow AI platform. While such chips aren’t new, the company claims that the new TPU can offer faster AI computing.

However, Google isn’t the only one working on AI development. Apple is reportedly developing its own chipset to power AI-related tasks. As per reports, the chip is internally known as the ‘Apple Neural Engine’ and said to be aimed at improving the way its devices handle tasks such as speech and facial recognition.