The policeman can detect gestures and hand signals, and can use facial recognition software to identify and catch offenders 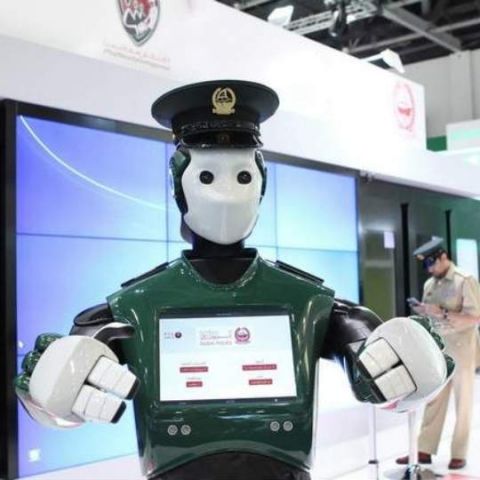 The Dubai Police was already a force to be reckoned with thanks to its fleet of luxury and high performance cars, and now criminals in the city will have to contend with Robocop. The Khaleej Times reports that the police force has unveiled the world’s first operational robot policeman. The robot has officially joined the line of duty and was greeting guests at the 4th Gulf Information Security Exo and Conference (GISEC).

"With an aim to assist and help people in the malls or on the streets, the Robocop is the latest smart addition to the force and has been designed to help us fight crime, keep the city safe and improve happiness levels," said Brigadier-General Khalid Nasser Al Razzouqi, Director-General of Smart Services at Dubai Police.

While the robotic policeman deployed by the Dubai Police may not look as intimidating as Alex Murphy from the RoboCop franchise, the autonomous robot is still 170cm tall and weighs 100kg. It can detect gestures and hand signals from up to 1.5 meters. The robot is also capable of detecting a person’s emotions and facial expressions, and can change its expressions or greetings accordingly. During patrols, it will be able to use facial recognition software to identify and catch offenders. It can also broadcast live video feeds. Further, the robot is capable of mapping the insides of buildings and navigate paths through its self-control and drive feature. There is a tablet built into the chest of the robot that will allow people to report crimes, pay fines or get information.