Baby responds to ‘Alexa’ rather than her own name: Report 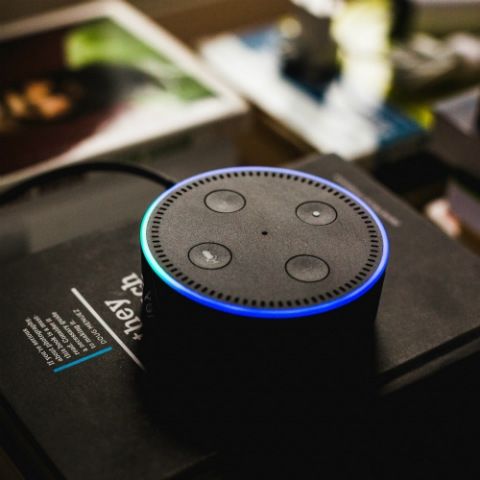 We all worry about how the pervasiveness of technology would affect our children. Some worry that it might lead to health problems, while others worry that it might cause over dependence on the medium. However, we’re sure no one could have predicted that it might lead to babies forgetting who they are. In a bizarre video posted by Good Morning America, a baby seems to have forgotten her own name, and instead only responds to “Alexa,” the wake command for Amazon’s Echo line-up of speakers.

The video shows a baby playing around, while a voice behind the camera (presumably the mother) tries to get the baby’s attention by calling out her name, “Caroline” to which the baby does not respond. However, upon hearing “Alexa,” the baby’s eyes light up as it wonders why it was called. It is an extremely cute moment, which is slightly ruined when you consider the implication that the baby is more used to hearing “Alexa” than its own name. Thankfully, ‘Alexa’ is still an acceptable name amongst humans. It’s better than the baby thinking its named “OK Google”.

Amazon surely did not expect something like this to pop up because of it’s Echo speakers. The company’s Echo line-up is one of the most popular range of smart speakers in the world. According to a report by IDC in March, Amazon lead the Indian smart speaker market with a 59% share in 2018. The company shipped 753,000 units in the country last year. The second spot was taken by the Google Home range of speakers with a 39% market share.

Amazon has also expanded beyond speakers and offers a range of smart devices as well. Back in May, the company launched the Echo Show 5 in India, which is priced at Rs 8,999. The device is a smaller version of the standard Echo Show, which is priced at Rs 22,999. The smaller device packs a 5.5-inch touch-enabled display with a resolution of 960 x 480 pixels. The device pretty much acts like your usual Echo smart speaker. However, the display lets users watch video content, video calling and other visual tasks.