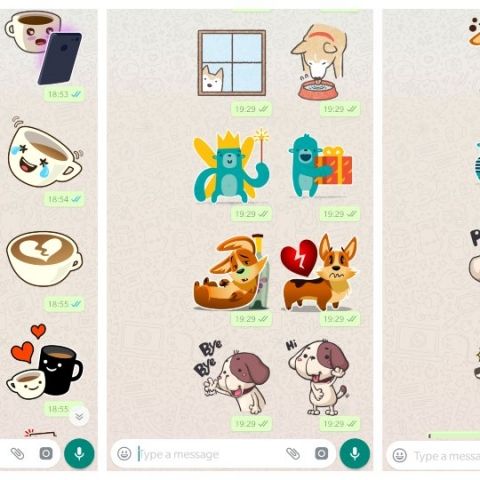 Apple is reportedly removing all the WhatsApp Sticker apps from the App Store because these apps are allegedly violating company’s guidelines, WABetaInfo a popular WhatsApp watching platform reports. Not only that, the iPhone-maker has reportedly listed out three other reasons that prompted the company to remove these apps. Apple reportedly says that there are too many apps with similar behaviour, and it “requires WA to be installed. Apps should not require another apps.” The third reason that the company has reportedly given is that the design of all these apps is the same.

Earlier this month, WhatsApp made WhatsApp stickers available for all users across iOS and Android. Currently, stickers are available for Android  and aim to aid new ways for people to communicate. While emojis are a great response to many statements, stickers add another dimension and personality to responses that only lengthy text messages can. All the sticker packs are free and users can download sticker packs like; Unchi & Rollie by nu1t, Shiba Inu by Aiko Kuninoi, Cuppy by Minseung Song, Salty by Alisa Kryzhanovska, Komo by Sanat Rath, Bibimbap Friends by Pete Ellison, The Maladroits by Cole Ott, Koko by Hanasake Picture Inc., Banana by Jayde Fish, Biscuit by Ghostbot, Fearless and Fabulous by Ann Shen, and Hatch by Hatch.

The news comes a few days after a report claimed that Mark Zuckerburg had apparently ordered his entire management team to switch to Android-based smartphones. According to a New York Times report, the decision was a reaction to Tim Cook criticizing Facebook’s business practices and for being a service that traffics “in your personal life.”

Apple is reporting that all WhatsApp Stickers are violating their guidelines. The main reasons:
1) There are too much apps with similar behavior.
2) It requires WA to be installed. Apps should not require another apps.
3) The design of these apps is the same. https://t.co/L86KCYeSBV