Called the AWS Snowmobile, the company says that the truck will allow customers to transfer exabytes of data to the cloud in a few weeks 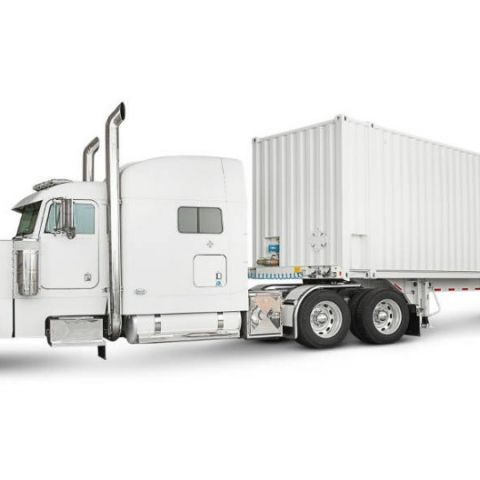 Amazon has unveiled AWS Snowmobile, a huge truck that is aimed at helping with the transfer of large amounts of data to the cloud relatively quickly. The company says that the truck will come to the premises of the customer and allow them to transfer exabytes of data to the cloud in a few weeks. If you aren’t familiar with how large an exabyte is, one exabyte is equal to 1,000,000 terabytes.

Amazon Web Service’s (AWS) Jeff Barr wrote in a blog post, “Moving large amounts of on-premises data to the cloud as part of a migration effort is still more challenging than it should be! Even with high-end connections, moving petabytes or exabytes of film vaults, financial records, satellite imagery, or scientific data across the Internet can take years or decades.  On the business side, adding new networking or better connectivity to data centers that are scheduled to be decommissioned after a migration is expensive and hard to justify.”

The Snowmobile truck consists of a 45 feet long and 8 feet high trailer that can store up to 100 petabyte of data (1PB = 1,000TB) and uses up to 350kW of power. The container is also water-proof and climate-controlled. Each truck comes with a network cable connected to a high-speed switch capable of supporting 1Tb/second of data transfer spread across multiple 40Gb/second connections. If the customer’s network supports that data transfer rate, a Snowmobile can be filled in about 10 days.

Of course, there is a security risk when transferring such large quantities of data. Amazon says that the data will be the customer’s AWS Key Management Service (KMS) keys before it is written. Further each container includes GPS tracking with cellular or satellite connectivity. The company can also offer security guards as well as as vehicle escort.