All Pre-CES 2018 announcements in one place 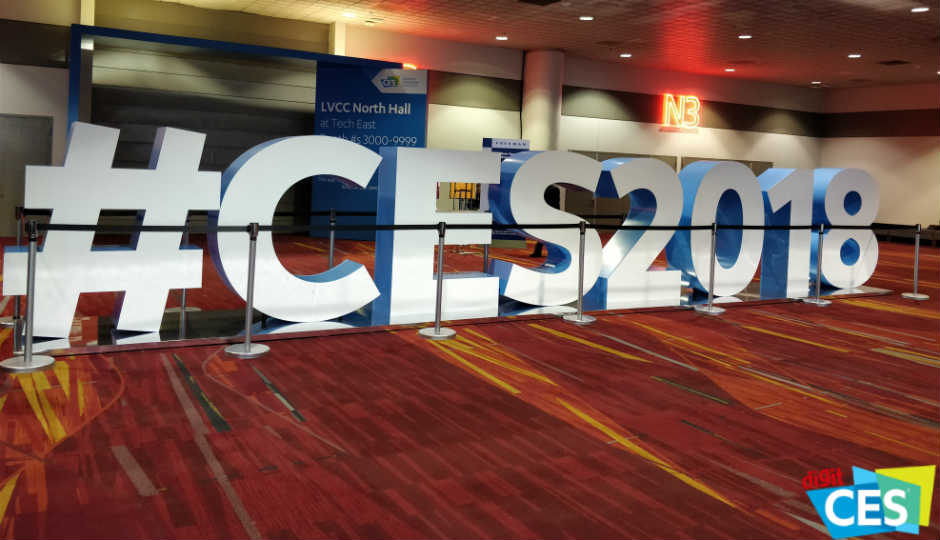 All Pre-CES 2018 announcements in one place

CES starts tomorrow, but a wide range of announcements have already been made and tons of products are now official. Today we saw a massive 146-inch TV, AI enabled cars and CPU processors with dedicated graphics on-board. While we are still in the process of gathering more info on new and awesome tech products from the CES show floors, here is a roundup of everything that was announced today at various pre-CES events.

Intel 8th gen G-series processors
Intel may have had a rough start to the year, but the company is pushing through and announced its all-new G-Series line of processors. This is the fruit of Intel partnering with AMD and combining the powers of its CPU and Radeon RX Vega GPUs. These are embedded processors and will power some upcoming laptops. You can know more about them here.

LG has 4K rollable TV
After showcasing its new 8K TV, LG today unveiled an all-new rollable TV with 4K resolution. The OLED panel tucks itself away in a box allowing for better space utilization. To know more click here.

NVIDIA takes another stab at being a part of your living room
Today NVIDIA announced that it is partnering with Acer, HP, and Asus to bring 65-inch BFGDs TVs. These display will feature 4K resolution, G-sync 120Hz panels and ultra-low latency and come with built-in NVIDIA Shield. There is more and you can read about it here.

Sony announces new phones
The much-rumored Sony phones also made their official debut at CES. The three new phones, Xperia XA2, XA2 Ultra L2 have thinner bezels on the sides, and better cameras. There is more to come and you can check our story here.

Volkswagen partners with NVIDIA for AI recognition
German car maker Volkswagen and NVIDIA have partnered with NVIDIA for its self-driving cars. Volkswagen will be using Nvidia's latest Drive IX platform for the job which NVIDIA says is 2 years ahead of any other computer. You can read more about it here.

Acer updates Swift 7 and Nitro 5 Gaming
Acer has refreshed its Swift 7 laptop, taking back the title of the thinnest laptop available today. The company also updated it's Nitro 5 Gaming laptop with AMD Ryzen mobile processors and launched a new Spin 3 laptop. You can check the story here.

NVIDIA to Power Uber’s self-driving cars
Uber presently has a fleet of Volvo XC90 SUVs operating as self-driving experiments in the USA. The company will equip this fleet with Nvidia's latest generation of the Drive PX platform, Pegasus, and also use the same technology to power its self-driving trucks. Read the whole story here.

HP launches Spectre x360 15 with Intel G-series
HP has announced a new 15-inch version of its Spectre x360 laptop which is powered by Intel’s new G-series processor. There is another variant of the machine which has the NVIDIA MX150 GPU and you can read more about it here.

HP FreeSync monitors start from $99
HP is bringing a new range of monitors (F-series) to the market with a starting price of $99 for the 21.5-inch model and going all the way up to 27-inch with a price tag of $299. Here, take a look. The company also announced a first of its kind 3D camera for 2D and 3D scanning. You can read about it here.

Samsung announces big 146-inch TV
Samsung announced the biggest TV we have seen in a while at CES today. The 146-inch giant modular MicroLED television is called ‘The Wall’. The company also unveiled an easel-shaped 85-inch 8K television with AI. Here, take a look

Robots, Wearable and out of the box stuff
Besides all the usual tech products we generally see at CES, we also saw tons of smart robots, Wearable tech and customised perfume dispensers and many other strange and wacky gadgets. Take a look