Xbox 2 will be more powerful than PS5: Reports 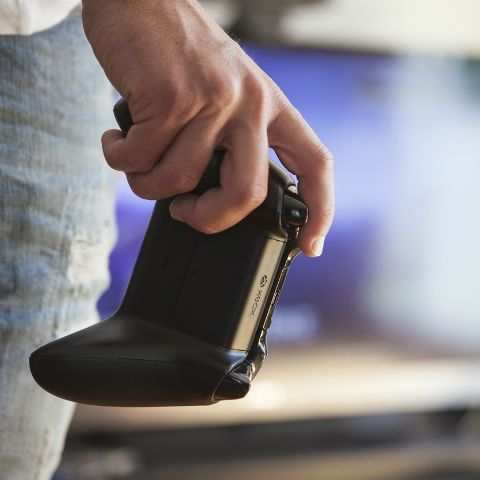 Information circulating the internet suggests the upcoming Xbox will be more powerful than the PS5.

Microsoft is expected to show off the new Xbox at E3 2019.

Sony has confirmed the PS5 will not launch in 2019.

Information circulating the internet suggests that the upcoming Xbox will be more powerful than the PS5. Ainsley Bowden, Founder & Head Editor - SeasonedGaming has tweeted, “The PS5 hardware details (so far) were exactly what we were hoping for; even beyond what many were expecting. Multiple insiders have now confirmed it’s true Xbox “Anaconda” will be more advanced as rumored. All this means is next year is going to be AMAZING for fans of both”. When asked if the source of information is his or just industry whispers, Bowden replied, “Not my sources. Rather, known sources for MS/Xbox info that are very reliable and have been accurate for years on leaks. Keep in mind, it shouldn’t be surprising. It was already announced last year by MS directly that they would have the most powerful hardware again next-gen.”

This is a classic game of ‘mine is bigger than yours’ to draw in customers. In the history of video game consoles, Sony has had immense success with the PS1 and the PS2. The original Xbox was launched to compete with the PS2 and even though it was a more powerful system, Sony’s stronghold in the gaming business ensured its success with the PS2 over the Xbox. In the history of video game consoles, the PS2 is the best selling console ever. With the seventh console generation, however, Sony lost its footing as the PS3 was overpriced, difficult to develop for, and a year late to the party. By then the Xbox 360 had cemented itself as a console that was developer friendly and had a year's headstart to the PS3. It should be noted, however, that towards the end of the PS3 and Xbox 360 lifecycle, the PS3 reigned supreme even though it was by a small margin. When it came to the eighth console generation however, Sony played it right by not only developing a console that was easy to develop games for, but was exactly what console gamers wanted. The Xbox One, however, was met with a mixed reception as the console was an always connected console with some DRM mumbo jumbo thrown into the mix.

Even though Microsoft has put in a lot of effort this generation to make up for its mistakes, the sales are still tipped in favour of the PS4. The PlayStation 4 family of consoles (the PS4 and the PS4 Pro) have sold nearly 100 million units during their life, whereas Microsoft hasn’t shared numbers of their Xbox consoles sold. Nonetheless, Microsoft has had some fantastic initiatives in the forms of backwards compatibility and Xbox Game Pass making the console an attractive offering. Needless to say that the Xbox One X outperforms the PS4 Pro in third-party titles. However, there is one place where Microsoft seriously lacked in the eighth console generation - exclusive games. Sure you have Forza, Gears, Halo, Ori and more, but nothing that could rival God of War, Spider-Man, Detroit Become Human, Horizon Zero Dawn and more exclusives that Sony pumped out during the life of the PS4. Not to mention upcoming titles like Death Stranding, The Last of Us Part II and more.

So, where does this leave us? Both Sony and Microsoft are slated to put their next-generation consoles on store shelves in 2020. Microsoft is expected to lift the veil of their next Xbox console family at E3 2019. The company is expected to launch two Xbox models. Microsoft is also going to begin public trials of its cloud gaming service called Project XCloud in 2019. With the acquisition of a bunch of studios in 2018 including Ninja Theory, Obsidian Entertainment, The Initiative, Undead Labs, Playground Games and more, Microsoft is gearing up to launch the next Xbox with a slew of AAA exclusive games.

Sony, on the other hand, dropped some specs of the new PS5 and information circulating the internet suggests they did it as developer kits were making their way to third-party game developers and Sony wanted to beat the leaksters and reveal some information about the console themselves. They showed Wired Marvel’s Spider-Man running on the new console to show the differences between the Pro and the upcoming PlayStation. Sony also confirmed the PS5 won't launch in 2019. Sony has decided to skip E3 altogether this year; a first for the company.

Sony has its own cloud gaming service called PlayStation Now. PS4 subscribers of the service can download compatible games to their PS4 to enjoy a better experience. The library of games available on PS Now is larger than Microsoft's Game Pass but it is available in fewer regions. Sony also has its hand in VR with the PlayStation VR, a genre Microsoft has stayed clear from this generation. Needless to say Sony’s fantastic portfolio of first-party developers are already at work developing games for the next-gen system. A leak suggests that Horizon Zero Dawn 2 could be a launch title for the PS5. It is also confirmed that the PS5 will be backwards compatible with the PS4.

With all the information we have, it looks like both Microsoft and Sony are preparing for a console war that both companies want to win. The good news is that whatever happens, the winners will be gamers. With the power under the hood of the two consoles, we will see fidelity in gaming reach new heights. Not to mention the number of exclusive games plus features each console will bring to gain your attention. 2020 will be the beginning of the ninth console generation. Amidst all this are players like Google looking to leverage their cloud technology to bring AAA gaming on devices that can only run a web browser. Google’s game streaming service is called Stadia and we answer all your questions about Stadia here.