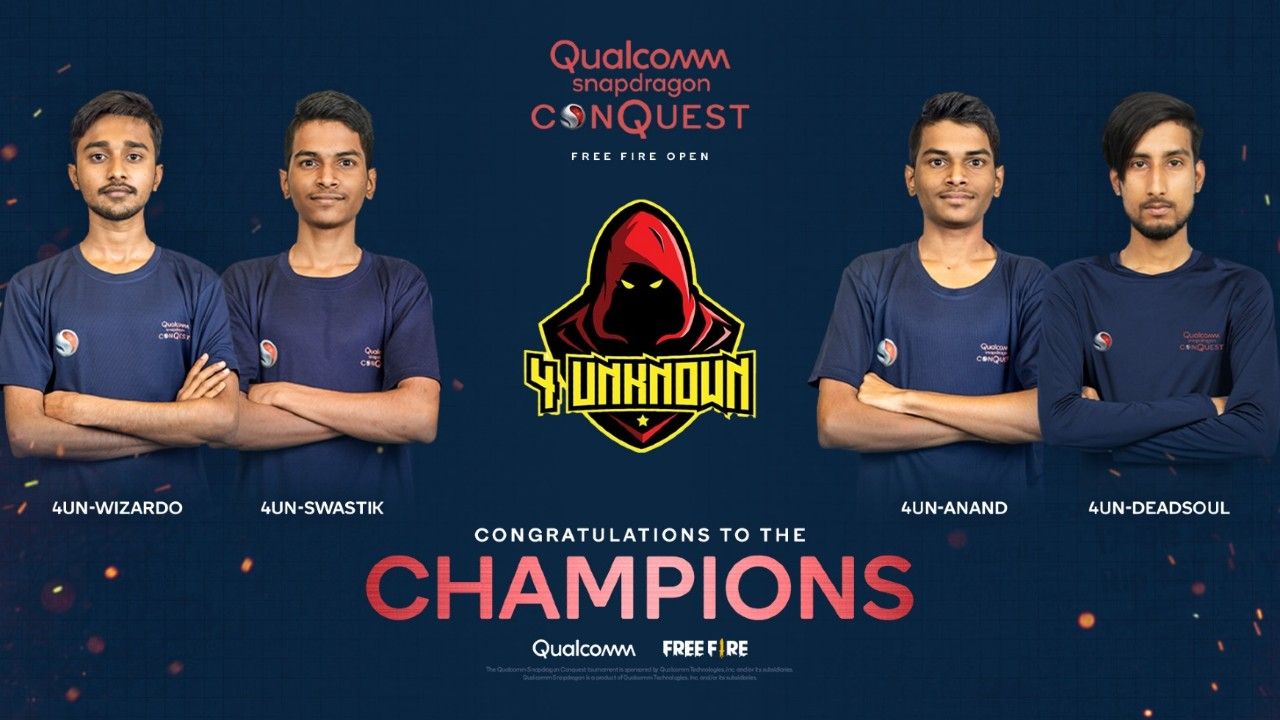 Qualcomm's inaugural Snapdragon Conquest: Free Fire Open 2020 tournament is now over and team 4 Unknown has emerged as the winner. The team takes home Rs 20,00,000 as the prize.

After months of anticipation, team 4 Unknown has emerged as the winner of Qualcomm Snapdragon Conquest’s Season 1. As winners, the team takes home the grand prize of Rs 20,00,000. To recall, the Qualcomm Snapdragon: Free Fire 2020 Open tournament was announced back in November last year. The Finale was over the course of two days (March 12 and March 13), during which time the 12 finalists battled it out to be the champion.

Rajen Vagadia, Vice President, Qualcomm India Private Limited and President, Qualcomm India stated, “Our heartiest congratulations to team 4 Unknown for winning the first season of Snapdragon Conquest. It was inspiring to see the strategies and the high level of perseverance the gamers demonstrated throughout the tournament. We are also proud to have had this opportunity to bring gaming talent and communities together from across the country. India has a very promising eSports ecosystem, and we are committed to supporting in every way, be it with devices powered by Qualcomm Technologies’, or programs such as Snapdragon Conquest.”

Besides the winning team, the tournament also awarded prize money for the first and second runners-up teams. There were also valour and team efforts.

Team 4 Unknown also won Rs 1,00,000 for getting the highest number of kills. As if that wasn't enough, team member 4UN-Deadsoul won the award for the individual with the highest kills in the Grand Finale. 4UN-Deadsoul received Rs 50,000 for this achievement.