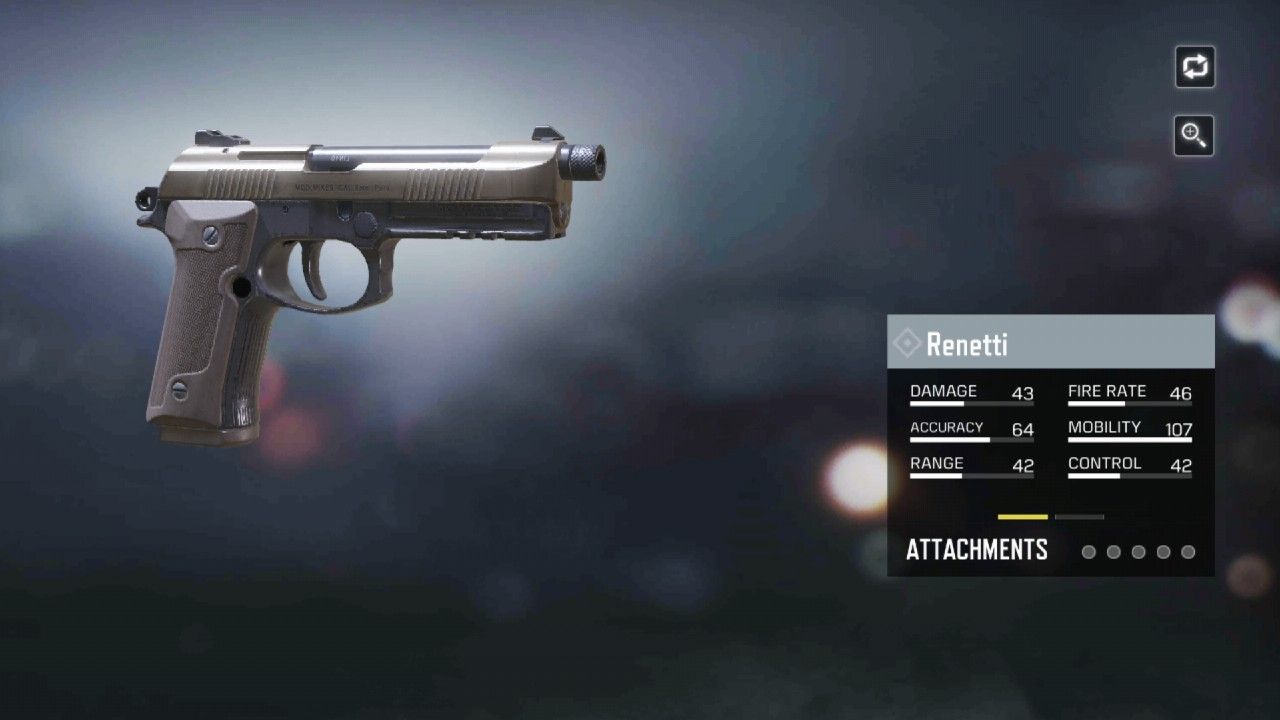 Renetti pistol added to Call of Duty: Mobile, Here's how to get it

Call of Duty: Mobile players can now get their hands on a brand new weapon. The Renetti pistol is now available in the game and players will have to earn it by completing a new seasonal challenge. The pistol offers a high fire rate thanks to its burst-fire ability, which is similar to previous weapons like the M16, Chicom, and the Pharaoh.

In a post on Reddit, the devs describe the Renetti as having a “fast fire rate with high recoil, but that recoil is easily managed with controlled bursts and careful aiming.” They suggest that the weapon is best paired with weapons that have long reload times, slow rates of fire, or low ammo. As such, the weapon will be better suited to players who main sniper rifles or shotguns. The in-game description also notes that it has the largest magazine size of any other pistol in the game.

How to get the Renetti in Call of Duty: Mobile

As mentioned earlier, the Renetti can be acquired via a new seasonal challenge in Call of Duty: Mobile. This one is called Quick Hands and tasks players with completing certain challenges in order to progress up the ladder and earn the Renetti. Along the way, players will also unlock other rewards. These challenges range from simply playing games, to getting certain kills using pistols with a set attachment.

There are seven challenges that players need to complete to get the Renetti. These are the challenges in order and their respective rewards.

The Renetti is the second weapon added to the game in the Season 3 Tokyo Escape update. The first was the PP19 Bizon that can be earned by simply reaching Tier 21 in the Battle Pass. You can check out all of the new addition in the Season 3 update to Call of Duty: Mobile here.