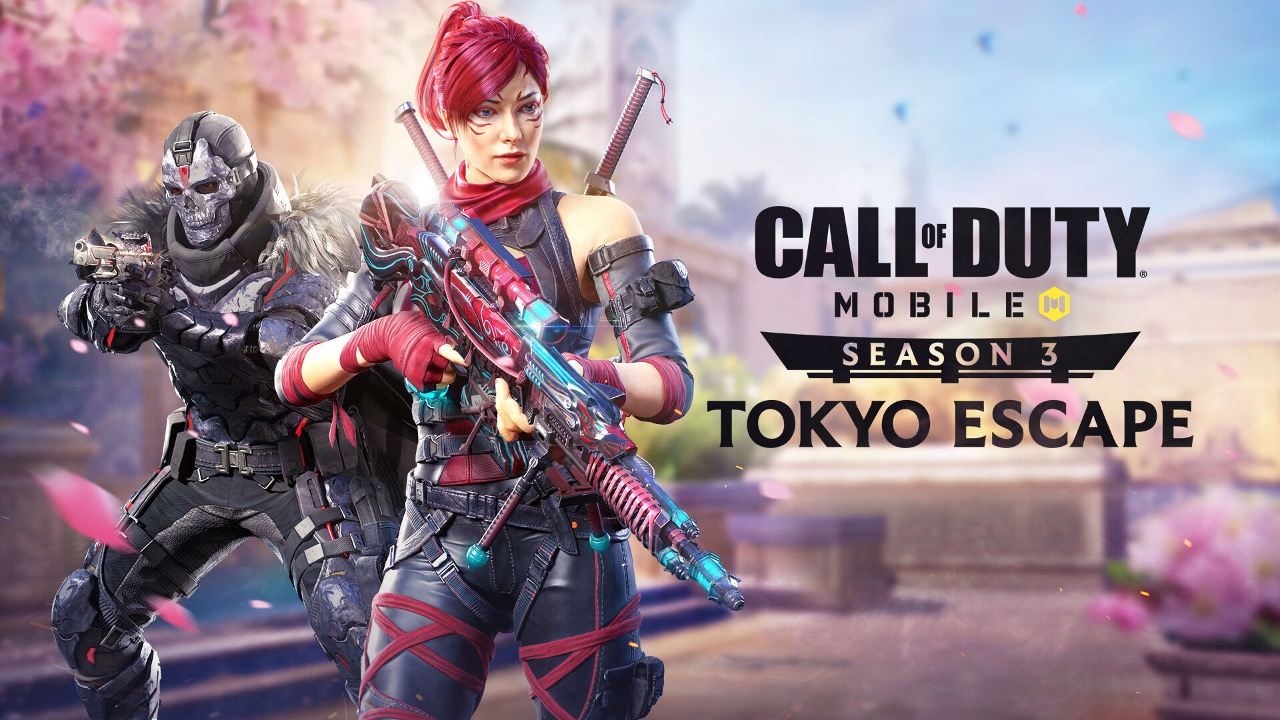 Call of Duty Mobile Season 3 update: Everything you need to know

Call of Duty Mobile Season 3 Tokyo Escape is now live for all players of COD Mobile across the world. The new Season 3 update brings in the Japanese theme to the popular multiplayer and battle royale game with elements such as swords, samurai, ninjas with the Sakura season to some maps. Alongside, the new Season 3 update also adds new weapons, maps, and operators to the game. Here’s everything the new Call of Duty Mobile Season 3 Tokyo Escape brings to the table.

Season 3: Tokyo Escape is locked, loaded, and has deployed!

Oasis is a close-to-mid-range combat map that is filled with narrow corridors, fountains and more. Call of Duty Modern Warfare 2 fans will be familiar with Oasis. The map has a desert theme going for itself and is also hosting a Desert Sanctuary event for players to collect some rewards. Players will be able to jump right into Oasis from the featured tab in the multiplayer mode titled Oasis 24/7 Playlist.

Later in April, Call of Duty Mobile will receive the Coastal map which is an ocean-side idyllic village setting. This map is pretty big than Oasis and has festival decor with ample scenic views of the sea. The developers have also revealed that Coastal was built with Search and Destroy mode in mind which encourages tactical based gameplay with your teammates including modes like Domination, Hardpoint and Headquarters.

A lot of you guessed it right and yes it's coming!

Both the PP19 Bizon & the Renetti are coming to #CODMobile as a part of the new season!

The new Season 3 update also brings in two new weapons to COD Mobile, the PP19 Bizon and the Renetti. The PP19 Bizon is an SMG that is available at Battle Pass Tier 21 and has a fast fire rate, low recoil and reloads quickly. It is recommended for use in close-quarter combats. It has a damage rate of 38, fire rate of 80 with an accuracy of 60.

Meanwhile, the Renetti is a fast-firing pistol with high recoil and will be added to the game in future updates. The pistol can be paired with primary weapons that have a slow fire rate such as snipers and more.

No guns, no knives, no nades...
Just pure FORCE!

Rush down your enemies while staying protected with the new Operator Skill, Bull Charge.

Coming to #CODMobile in Season 3 as a part of the new Battle Pass! pic.twitter.com/BCFTdqGtdB

The developers have also added a new operator skill and a perk that will be released at a later date. The new operator skill is the Bull Charge which will be available at Battle Pass Tier 14. The Bull Charge is essentially a defence shield that players can use to plough through enemy players. Do note, however, the shield exposes the player on the side but also lets them use the pistol with the shield up.

Apart from this, the Season 3 update also brings in a new Battle Royale Class called Spotter. The Spotter class offers both offensive and defensive capabilities to players, in that, players can call in cluster strikers, show nearby enemies and increases rocket launcher reload speed as well. This Battle Royale class will be available through a featured event later in the season.

The Season 3 update also brings in two updated modes: Sword and Stones and Night Mode version 2. While the latter is an upgrade to the original Night Mode which debuted in Season 11 last year, version 2 adds a battery for the night vision goggles. With this, players will not be able to keep the night vision enabled for the entirety of the match and the developers think it should allow for some new tactics and gameplay mechanisms.

As for the Swords and Stones mode, it is an extension of the Sticks and Stones mode and brings a sword Hachi as the default melee weapon. Eliminating enemies with Hachi will provide a rage buff that increases the movement of players and attacking speed as well. Additionally, the mode will have airdrops that will offer the Shadow Blade operator skill in matches.

Night Mode v2 will be enabled sometime later in April while the Swords and Stone mode will arrive in early May.