PUBG Mobile is being updated to version 0.14.5 and the new patch adds some new content with the Royale Pass Season 9. The update will add a new warrior-themed wardrobe, gear and more, along with some additional challenges, events and rewards. Players can also win a chance to attend the PUBG MOBILE Club Open (PMCO) 2019 Fall Splits Global Finals but the complete details about this have yet to be announced. The update adds a “A Warrior’s Journey” in-game event and all earnable rewards in the new Royale Pass are said to be themed with warrior motifs from around the world.

The new version 0.14.5 update for PUBG Mobile is now available for download via the Google Play Store and the Apple App Store. Additional features that will be included with the new update include redesigned missions and ranking pages, a countdown timer that leads to the new season, an upgraded Royale Pass customised sharing page, new weekly mission crate reminders, and an achievement chain progress system. In addition, emotes can now be dismantled and one will get rewards and discounts on rare firearm finishes with the purchase of Unknown Cash. 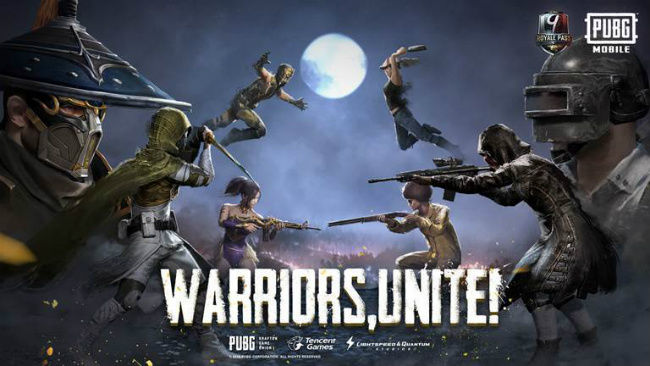 We recently came across a gameplay video of the PUBG Mobile Chinese beta where the game has an option to choose from 90 and 120 Frames Per Second (FPS). Seems like the PUBG Mobile developers want to deliver smoother gameplay since more gaming phones are being launched these days that feature a display with higher refresh rates.