You can now install a PS5 compatible M.2 SSD into your console. The feature is only available for beta users.

So, you’ve bought your PS5, played a bunch of cool games like Returnal, Ratchet and Clank: Rift Apart and Spider-Man: Miles Morales but, you're running out of space! Well, Sony has just released a new support page for beta users to ‘try’ and add an M.2 SS to their PS5 consoles. At first glance, this seems awfully complicated for a simple SSD expansion but you can go through the support document to judge it for yourselves. The support page also goes on to state that the new M.2 SSD expansion support firmware will only be available to beta users right now.

We assume the feature will roll out for all users in the coming months. The support page also details the type of M.2 SSD that is compatible with the PS5. In a rather humorous turn, the page also goes on to state that you will need a well-lit room with a table to work on. A #1 Phillips or cross-head screwdriver and an optional flashlight, just in case you need an extra burst of light since Sony assumes most people work deep down in the coalmines of Tanzania. But we digress.

As Eurogamer also states, there are a whopping 12 steps to installing the M.2 SSD to the PS5! Xbox users will know that the equivalent expansion on the Series X literally requires you to plug it in and forget about it. Just one simple, uncomplicated step. Installing the M.2 SSD in the PS5 reads like a manual on how to diffuse a thermonuclear warhead. And, if that wasn’t enough, you’ll have to adhere to a set of strict specifications and dimensions when buying an M.2 SSD that is compatible with the PS5. Seagate and one other brand have also announced compatible drives. You can check out the images below for a rough idea of what kind of magical M.2 SSD you’ll need. 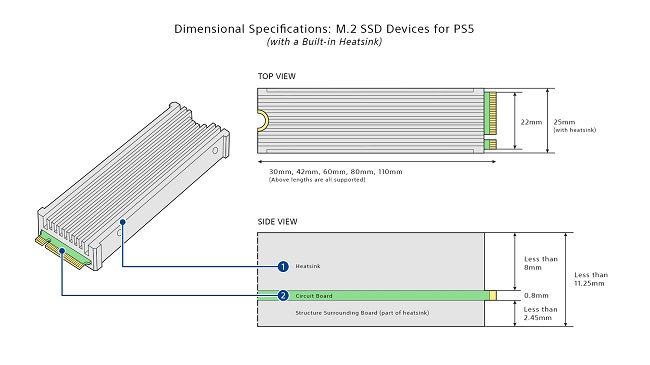 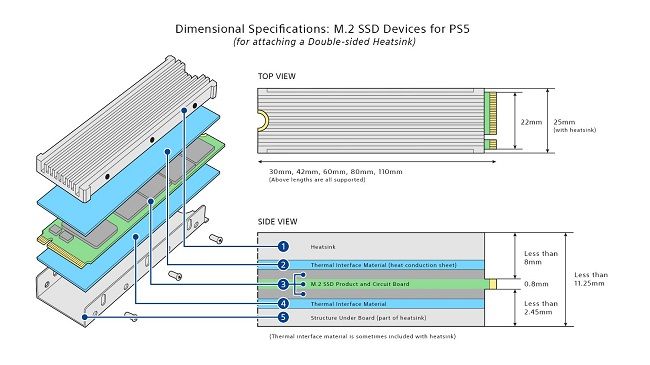 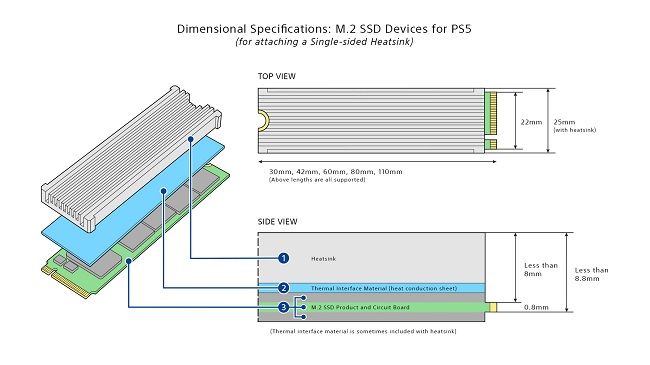 For anyone attempting to install an M.2 SSD into your PS5, we wish you all the best!