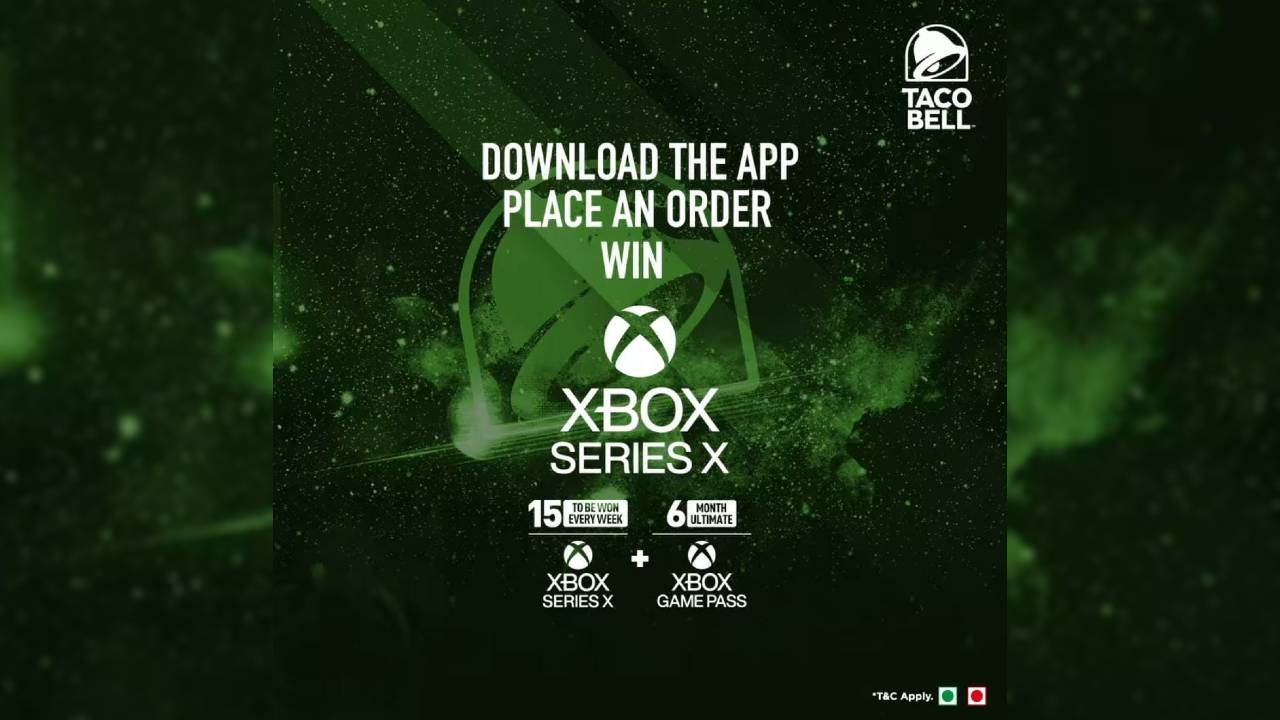 The new generation of consoles from Microsoft and Sony may have launched, but getting hold of them is as easy as catching a greased up pig. However, it looks like there is a way users can try and get their hands on the Xbox Series X (review). Microsoft and Taco Bell India have partnered to announce the #CravingMeetsGaming weekly lucky draw. As part of the draw, Taco Bell will give out 15 Xbox Series X consoles. There are also giveaways of a 6-month membership to Xbox Game Pass Ultimate.

How to partake to win a free Xbox Series X

In order to partake in the lucky draw, users will have to download and register on the Taco Bell app and place an order through delivery. This could be via the app or through food-delivery aggregators, or even takeaway, or dine-in. Do keep in mind that the order should be at least Rs 59. Doing so will make them eligible for the #CravingMeetsGaming weekly draw.

Gaurav Burman, Director, Burman Hospitality Private Limited, Taco Bell’s Master Franchise Partner in India stated, “We are delighted to start the new year with a unique offer for our customers. Gaming has become hugely popular in India, and we are excited to have 60 Xbox Series X consoles to give away to our loyal fans. We look forward to welcoming our customers to our stores or encourage them to order from our newly launched app to enjoy our signature menu items and also increase their chances of winning!”

To recall, the Microsoft Xbox Series X and the more affordable Series S were launched on November 10. However, the units went out of stock almost as soon as pre-orders were made available. As of writing, both the consoles are out of stock on Amazon and Flipkart. Even the Sony PlayStation 5 has the same problem with the console out of stock with most manufacturers. However, it should be noted that Sony’s console is set to launch in India on February 2.