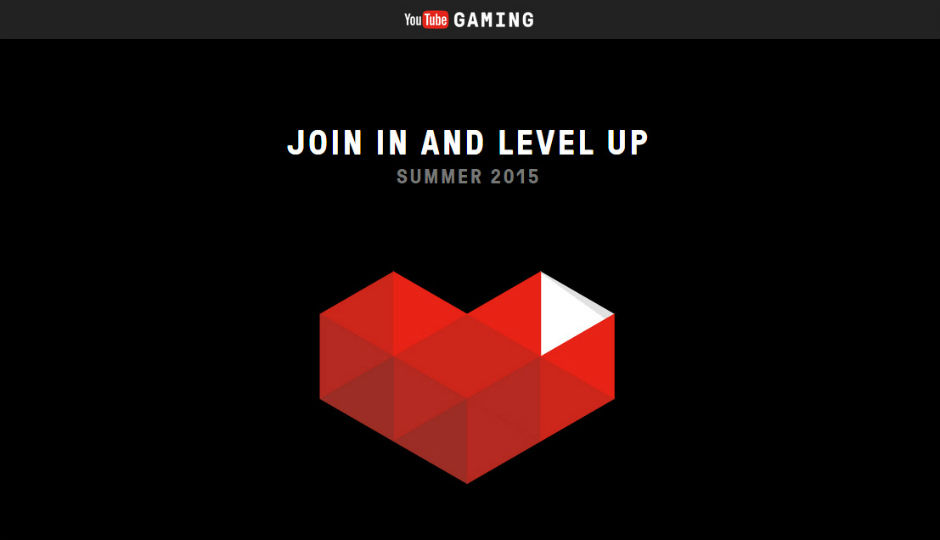 YouTube Gaming, Google’s answer to Amazon's Twitch phenomenon is going to launch today in the US and the UK. Like its competitor, it will allow users to view streaming videos of others gamers or launch their own stream. Additionally, it will grant users access to other gaming-related content through the service. It will also launch the Android and iPhone apps for the service today.

Google had announced the service back in June this year. According to YouTube’s official blog, YouTube Gaming will recommend streams and videos based on the games, and channels that they like. Google hopes that the new service will become the go-to destination for anything and everything related to gaming. YouTube Gaming will automatically categorise all the gaming content available on YouTube, and filter it by content or the game itself. Unlike Twitch.tv, those who are streaming can enable a ‘DVR Mode’ that will buffer the last four hours of a live stream, which will allow anyone who is watching the stream to rewind back to a previous point in the video. It will also be launching the beta version of the live streaming dashboard. This new version of the dashboard is aimed at making streaming more casual - an activity that can easily and readily accessed.

Almost every Twitch tends to use YouTube for archiving their videos and additional revenue. This means, streamers can now effectively kill two birds with one stone. This, combined with YouTube’s huge database of videos mean that YouTube Gaming can definitely give Twitch a run for its money.

Last year, it was reported that Google’s YouTube division planned to buy Twitch for $1 billion. However, the streaming service was eventually bought by Amazon for around the same amount. As of now, Twitch is the largest game streaming website, and this year, Amazon announced that it had more than 1.5 million broadcasters and 100 million visitors per month. The Twitch app is available on a number of different platforms including Android and iOS.