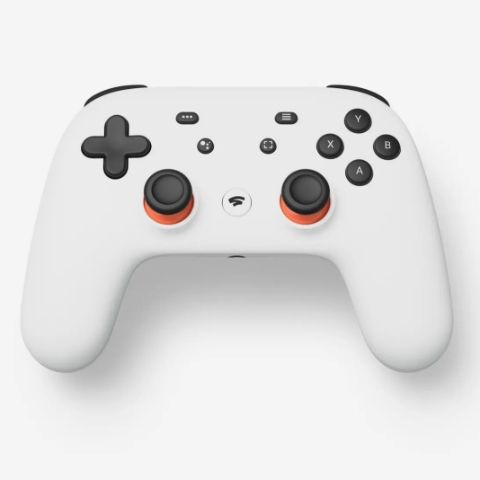 Google Stadia is launching in November for $10 per month.

The standalone controller is now up for pre-order.

The controller will be available in three colours - Just Black, Clearly White, and Wasabi priced at $69.

Stadia, Google’s game streaming service will go live in November for $10 per month. Users could preorder the Founders Edition bundle $129. The bundle includes a limited-edition Night Blue Stadia controller, a Chromecast Ultra, three-month subscription to Stadia Pro, and a buddy pass that you can gift a friend or family member (three months) and access to Destiny 2: The Collection. If you don’t want the Founders edition and just want the controller, then you can pre-order it for $69. The controller will be available in three colours - Just Black, Clearly White, and Wasabi.

Google Stadia will launch in November in Belgium, Finland, Canada, Denmark, France, Germany, Ireland, Italy, Netherlands, Norway, Spain, Sweden, United Kingdom, and the USA. Sadly, India is not a part of the list and there is no information when the service will come to the country. Stadia will be available in two options to consumers - Stadia Basic and Stadia Pro. With Stadia Basic, one will get gaming at 1080p, 60fps with stereo sound and the ability to buy a game whenever they want. No special discounts, and no monthly games. Stadia basic doesn't have a monthly fee. Stadia Pro, on the other hand, costs $ 10 per month and gives players 4K gaming with 5.1 surround sound and you can buy a game whenever you want. You will get regular free games like one does with their PlayStation Plus or Xbox Gold subscription. The first game you will get is Destiny 2 and there is no information on the number of games one can get every month. In addition to the game, Pro users will also get exclusive discounts on games, just like we have seen on Microsoft’s and PlayStations service. One important thing to remember is that Stadia Basic will launch in 2020.

If you are wondering whether your internet is good enough to run Stadia, then know that Google has said that a 10Mbps connection is enough to run the game at 720p 60fps. For 1080p gaming at 60fps with 5.1 sound, it recommends a speed of 20Mbps. For 4K gaming at 60fps with 5.1 sound, Google recommends a speed of 35Mbps. There is no information on bandwidth consumption during gaming.

Google has also said that Stadia games will work with most popular controllers like an Xbox One controller, PS4 controller and even the Keyboard and mouse. So you may want to hold on and give the service a go before investing in the controller. One of the advantages of using the Stadia controller is that it connects directly to the Stadia Server and not the device you are gaming on. This should help with things like input lag.

You can read our deep dive into Stadia here and our FAQ about Stadia here.