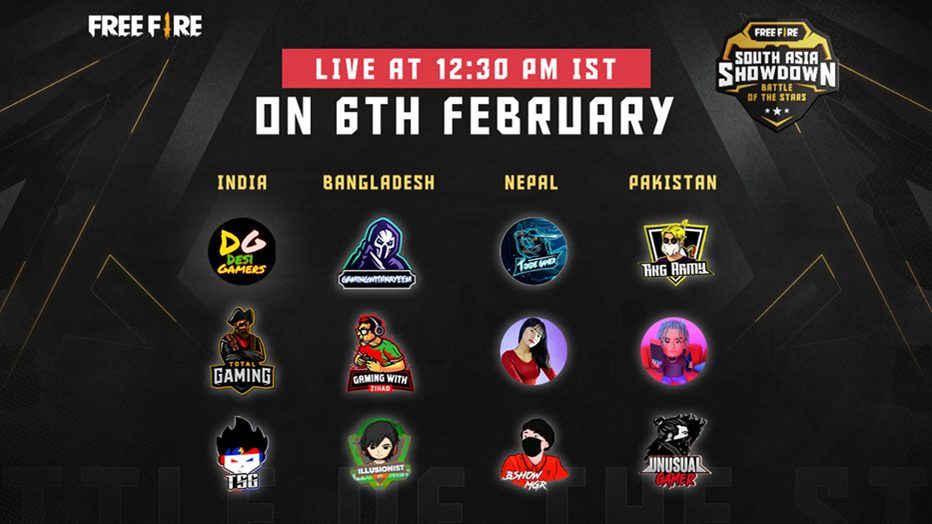 Garena has announced that it will be hosting the Free Fire South Asia Showdown: Battle of the Stars. The event will take place on February 6 and will feature notable Free Fire streamers from India, Pakistan, Nepal and Bangladesh. The tournament is touted as Free Fire’s first-ever esports tournament for the South Asia region.

The press release for the announcement stated, “The Free Fire community has continued to expand in South Asia and across the world, with the mobile battle royale game the most downloaded mobile game globally in 2020, according to App Annie. Through the Free Fire South Asia Showdown: Battle of the Stars, Garena will look to continue its efforts to excite and delight its fast-growing South Asian community with exciting Free Fire content, and to support and develop the incredible online community in the region.”

The Free Fire South Asia Showdown: Battle of the Stars tournament will be live-streamed on the Free Fire Esports India, and Free Fire Bangladesh Official’s YouTube and Facebook accounts. It will also be streamed on Garena’s BOOYAH!', which is Garena's own streaming platform. Further, matches will feature commentary in Bengali, English, Hindi, Nepali and Urdu.